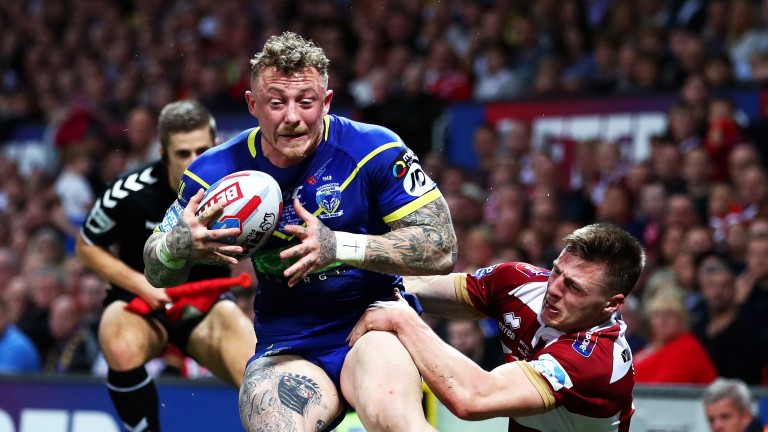 Warrington have a chance to return to the top of the Betfred Super League, though the Wolves will need to win at Wakefield by more than 24 points to do so.

Steve Price’s side won all three of their meetings with Trinity last season and were on song last week when defeating Wigan 25-12 to record their fifth win in six starts this year.

They are 4-9 to back that up with another victory at Belle Vue. The visitors are asked to concede a six-point start on the handicap.

The same evening as Warrington were outbattling the Warriors, Trinity again lived up to their reputation as underdogs who bite back by recording a resounding 32-12 success at Hull.

However, that success came at a heavy price for Chris Chester’s crew. Ace winger “Turbo” Tom Johnstone suffered a season-ending anterior cruciate ligament injury, Bill Tupou picked up a minor knee injury that rules him out of this game and captain Danny Kirmond has been handed a one-match ban.

Johnstone and Tupou have formed a dynamic left-wing partnership for Wakey. They notched 38 tries between them last term, including two each against the Wolves, and have been responsible for nine of Trinity’s 21 tries in 2019.

Their absence is likely to be hugely significant and Warrington can take full advantage.

Their right-flank trio of Josh Charnley, Jack Hughes and Toby King look worth backing to get on the scoresheet.

Charnley’s spectacular score against Wigan underlined his reputation as one of the most lethal finishers in the game. He has scored five tries in six games and looks banker material at 4-5 to touch down.

Hughes has scored in his last two outings and looks overpriced to do so again and although King is yet to trouble the scorers in 2019, he registered 13 tries in 21 Super League games last year. One of those was in September’s 36-23 win at Belle Vue.

It’ll be brothers in arms on Thursday night as King goes up against his elder sibling George, who will be playing his first game against Warrington after his off-season move to Trinity. He is 15-2 to bite the hand that used to feed him with a four-pointer.

FIRST PUBLISHED 8:00PM, MAR 20 2019
Charnley?s spectacular score against Wigan underlined his reputation as one of the most lethal finishers in the game