Trinity should stay ahead of handicap 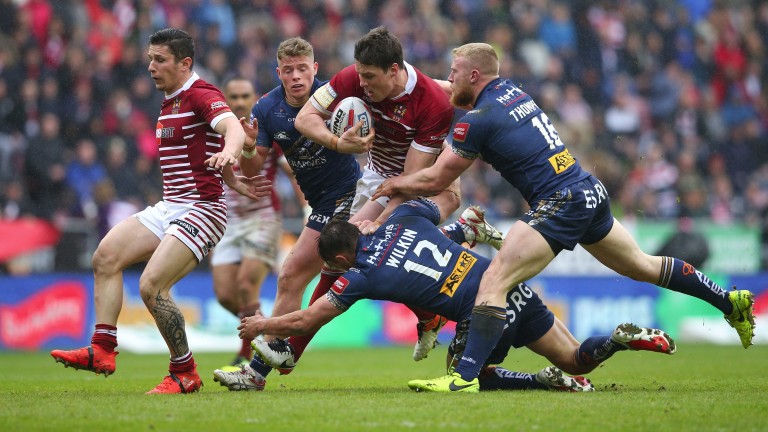 Castleford and Leeds have already secured their spots in the Betfred Super League semi-finals and four teams are chasing the remaining two invitations to the post-season party.

The odds suggest they will go to Hull and defending champions Wigan but Wakefield and St Helens can still have a say in the argument.

Trinity started the season as 200-1 no-hopers and despite lying in fourth spot, Chris Chester's "Unfashionables" continue to be dismissed by the oddsmakers.

There is still 40-1 available about a fairy story Grand Final triumph next month and that looks too big to ignore, especially when Wakey can be backed at a third of those odds just to reach Old Trafford.

Trinity are also 13-8 underdogs for this crucial clash with Saints at Belle Vue with the layers offering the hosts a six-point start on the handicap.

Chester looks set to keep faith with the side who were so impressive in a 43-18 romp at Salford last time out.

In their previous home game, Wakefield demolished Leeds 38-6, one of seven wins in 13 matches in front of their own fans this year.

Only one of their six losses was by more than six points - that was a 41-6 hammering by Saints in July.

On that occasion, Danny Richardson and Theo Fages formed a potent half-back partnership and coach Justin Holbrook is considering recalling the pair after they were both left out for last weekend's loss to Wigan.

That was a damaging third straight defeat for St Helens, who are now three points adrift of the top four and given this season's miserable away record, there's no guarantee they will stop the rot.

Despite being the sole side to lower Castleford's colours at the Jungle and enjoying that previous big win at Belle Vue, Saints have been beaten ten times on their travels in 2017.

That's a worrying stat and although they may recapture their swagger on a return to the scene of their biggest away win of the season, the balance of their form makes that unlikely.

As well as beating Leeds, Wakefield also rattled Wigan and Hull at home before going down by six and four points respectively so there's every indication Saints are in for a difficult night in front of passionate Belle Vue crowd.

Trinity with a converted try start looks a sensible play while chancing a dart on a unlikely Grand Final victory seems worthwhile given the inflated odds.