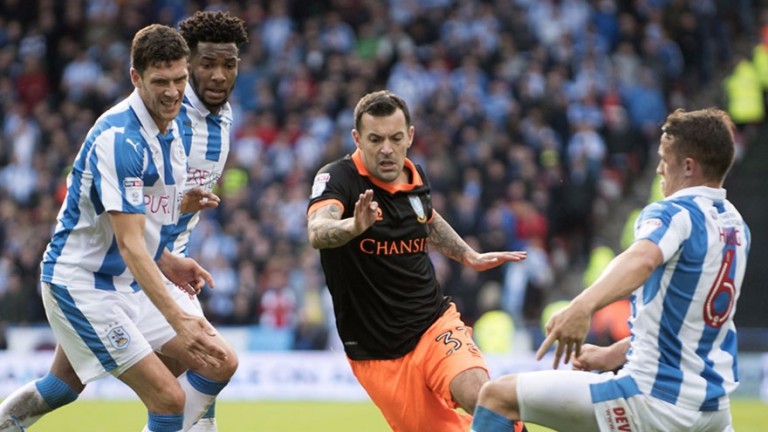 Huddersfield failed to collect any points or score any goals in two matches against Sheffield Wednesday this season but they can come up with a precious victory in the first leg of their Sky Bet Championship playoff semi-final.

There was a loss of focus from Huddersfield during the run-in and they finished the season on a downer after defeats away to Birmingham (2-0) and at home to Cardiff (3-0).

However, it would be mistaken to judge the Terriers on those efforts because their presence in the playoffs was guaranteed from the moment they secured a 1-0 victory at Wolves two-and-a-half weeks ago.

Since then manager David Wagner has been solely focused on getting his team ready for the playoffs.

He controversially made ten changes for their match at Birmingham, drawing criticism from other managers involved in the relegation scrap.

But Wagner knows his players better than anyone else and his selections may pay dividends because Huddersfield have arrived at the playoffs with almost all of their key players available.

The one downside is the absence of first-choice goalkeeper Danny Ward, who was sent off after 20 minutes of last Sunday's loss to Cardiff.

Having gone down to ten men so early there was little to be gained in fighting tooth and nail for points they didn't need, so Huddersfield played out the rest of the match in a low-key fashion.

They are likely to play with much more intensity against Wednesday and can take control of the key midfield area.

Wednesday have flourished since appointing Portuguese head coach Carlos Carvalhal but they often play a British style of football with a 4-4-2 formation and plenty of width.

The strikers are a key component of the way Wednesday play but they may not be as effective against Huddersfield because Gary Hooper is struggling with a hamstring strain and top scorer Fernando Forestieri has not been fully fit and hasn't started a match for over two months.

Carvalhal has options with Steven Fletcher, Jordan Rhodes, Sam Winnall and Atdhe Nuhiu available but none of them offer great mobility.

Huddersfield have far fewer centre-forwards in their squad but possess plenty of pace and top scorer Elias Kachunga is fully fit after a spell on the sidelines.

Wagner's outfit haven't quite got it right against Wednesday this season but they are a strong side whose luck may be about to change.

Sheffield Wednesday
Gary Hooper (hamstring) is an injury doubt and Marcos Matias is suspended after his red card last weekend.

Key stat
Huddersfield have won 15 of their 23 home games in the Championship this season.