Vulnerable Brazil could be picked off by better sides

Tite has plenty to think about 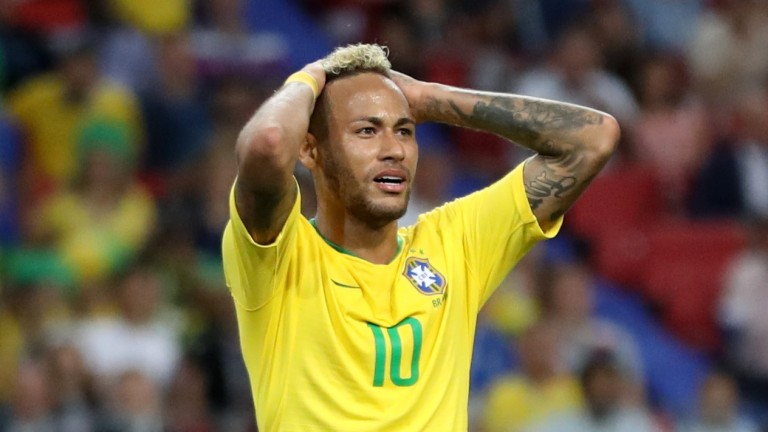 It was another frustrating night for Neymar despite Brazil's victory
Michael Steele
1 of 1
By Alex Hilton UPDATED 10:47PM, JUN 27 2018

1 Brazil's soft underbelly could prove costly
The Samba Stars have conceded just one goal on their way to the last 16 but at times they have looked vulnerable at the back and better teams than Costa Rica, Switzerland and Serbia are likely to be less charitable with their finishing.

Serbia created numerous chances to score in Moscow with Aleksandar Mitrovic and Sergei Milinkovic-Savic just two who were guilty of missing golden opportunities to get back on terms in the second half.

It has been more by luck and poor finishing that Brazil have conceded only once in their three group games and they will have to be much tighter the further they progress in the tournament.

Playmaker Philippe Coutinho leads the way on two, while fellow midfielder, Paulinho, and centre-back, Thiago Silva have one each.

Willian is always a threat from set-pieces - if Neymar ever lets him take one - and there are dangers off the bench in the form of Roberto Firmino and Douglas Costa.

Brazil need their forwards to sharpen up quickly but opposition sides will rarely be able to relax.

3 Faith in Jesus isn't paying off
Gabriel Jesus is yet to score at this year's World Cup and hasn't even had a shot on target despite starting every game and it might be time for Tite to give Firmino a chance.

Jesus has had a mixed season for Manchester City and his struggles have continued in Russia.

His partnership with Neymar has so far failed and Firmino could be the man to get the best out of Brazil's talisman.

Jesus is never going to create the spaces that Firmino can and the Liverpool forward ought to be prominent in Tite's thoughts if he wants to see his main Samba Star shine.