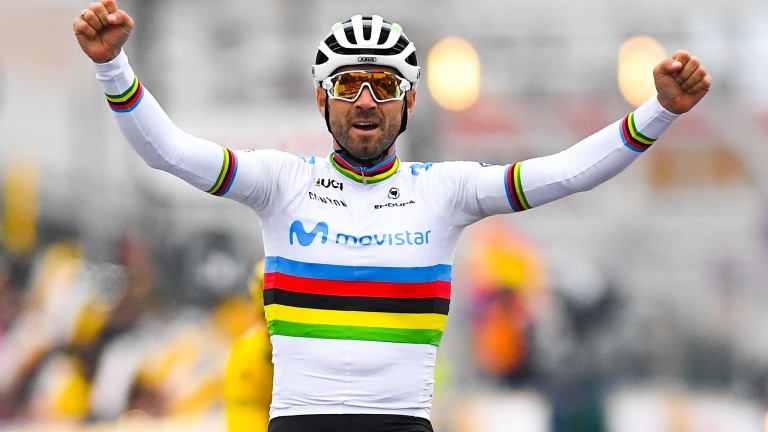 Alejandro Valverde has won the last two stagings of the Volta a Catalunya
David Ramos/Getty Images
1 of 1
By Phil Agius 8:00PM, MAR 24 2019

A classy field has assembled for the Volta a Catalunya as Alejandro Valverde bids for this third successive victory in the seven-stage race and Chris Froome returns after skipping the event last season.

Froome is no longer the star attraction on the soon-to-be-renamed Team Sky, though, and their Colombian hotshot Egan Bernal is 3-1 joint-favourite alongside Valverde.

Bernal would have been runner-up last year but for a serious crash on the final stage and he gave further evidence of his class when beating Nairo Quintana to win the Paris-Nice event last time out.

The South American is an emerging star of the sport but the worry is that it may be of lesser importance to him than the upcoming Giro d'Italia, where he has been named team leader for the first time in a Grand Tour.

World champion Valverde's Movistar outfit look determined to make it four wins in a row with 2016 winner Quintana and the impressive Marc Soler, third in 2016 and a tireless worker for his leader last year, in support.

Richie Porte, the 2015 winner, missed Paris-Nice with bronchitis so his fitness cannot be guaranteed.

Michael Matthews is 9-4 favourite for stage one, with the destiny of the title likely to be shaped by the result of the climbs on stage three and four.