Struggling Alaves can make an impact at Celta 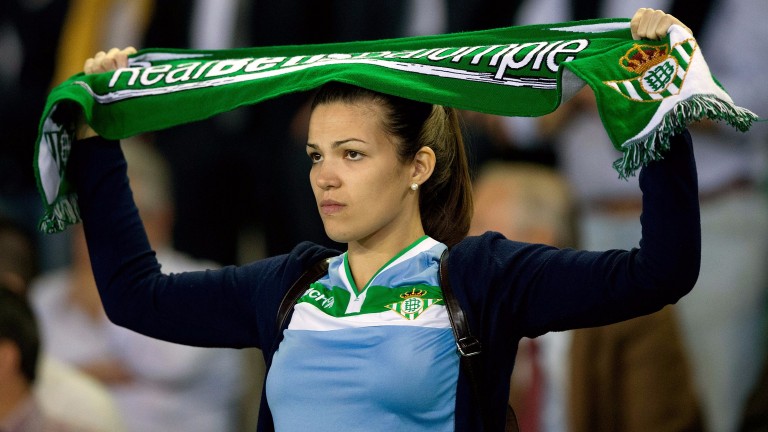 Real Betis are fancied to share the spoils at Villarreal
Gonzalo Arroyo Moreno
1 of 1
By Dan Childs UPDATED 7:56PM, SEP 9 2017

Sky Sports Football, from 11am

Villarreal v Betis 7.45pm
Villarreal are pointless after a miserable start to the season and may have to settle for a draw against Betis at El Madrigal.

The Yellow Submarines are playing their first home game of the season but should expect plenty of resistance from Betis, who have bought well and were 2-1 winners at home to Celta Vigo last time out.

Key stat
Villarreal have failed to score in three of their last four league games.

Celta Vigo v Alaves 5.30pm
Two of the early-season strugglers do battle at Balaidos and it could be the away team, Alaves, who steady the ship against a Celta Vigo side who have struggled for the majority of 2017.

Celta are pointless after their first two games in 2017-18, as are Alaves, who played reasonably well in a 2-0 loss at home to Barcelona before the international break.

They have recruited smartly and look well equipped to steer clear of relegation but they may taste defeat for the first time against Athletic Bilbao, whose only home losses last season came against Barcelona and Real Madrid.

Key stat
Athletic have lost one of their last 19 La Liga home fixtures.

Deportivo v Real Sociedad 11am
Real Sociedad are setting the early pace after back-to-back wins and can keep it going by beating Deportivo at the Riazor.

Juanmi and Willian – La Real's top scorers from last season – have two goals each and can make the difference against Depor, who have one point from their first two games.