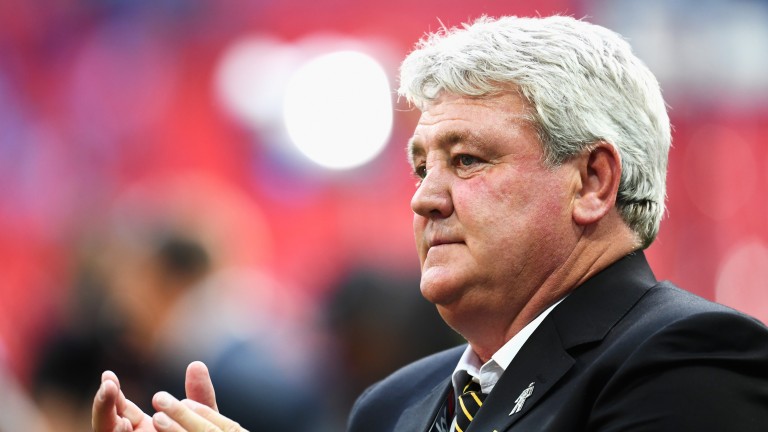 Chris Hughton's Brighton have become reliable home bankers at the Amex Stadium but Aston Villa have the potential to make life difficult for the odds-on Seagulls.

A fascinating Sky Bet Championship contest pits second-placed Brighton against a Villa outfit who are much better than their league position of 14th suggests.

Indeed, Villa have lost only one of their last 11 league matches and are unbeaten in five since Steve Bruce replaced Roberto Di Matteo so this is no gimme for Albion, who go in search of a seventh home success in nine Championship fixtures.

Aston Villa
Ritchie De Laet and Micah Richards are injured while the game comes too soon for Mile Jedinak. Jordan Ayew returns from a ban and Jordan Amavi should recover from injury but Ross McCormack is suspended.

Only Brentford and Wolves have won at Brighton in the second division in 2016 but Villa have more talent than most in the Championship and hotshot Jonathan Kodjia could be the man for punters to follow.

Kodjia initially struggled after his big-money move from Bristol City but, like most of the Villa squad, he has perked up since Bruce’s arrival with five goals in as many outings.

That run is no flash in the pan either as Kodjia has forced his way into the Ivory Coast starting 11 thanks to a blistering start to his international career with three goals in his first four caps.

Last season he scored 18 times for Bristol City at this level having notched 15 for Angers in France in a successful 2014-15 campaign.

Brighton have the best defence in the Championship with only nine goals conceded and 11 clean sheets but mid-table Brentford and Preston both scored twice at the Amex.

It will be interesting to see how Brighton cope with Villa’s extra man in central midfield, even if the visitors must do without
Mile Jedinak, who was involved in Australia’s 2-2 draw in Thailand on Tuesday.

Brighton have added a new dimension to their team following last season’s near miss and they look better equipped to gain promotion this term.

There is quality throughout the side and nine-goal Glenn Murray’s arrival may make the difference this season.

Murray grabbed a hat-trick in their last home game, a 5-0 demolition job on Norwich, which provided further evidence that Brighton have upped their game.

Last season they won only once against their fellow top-six teams so the victory over Norwich certainly lays down a marker.

However, Villa should not be underestimated and they have the potential to be big risers in the second half of the season.