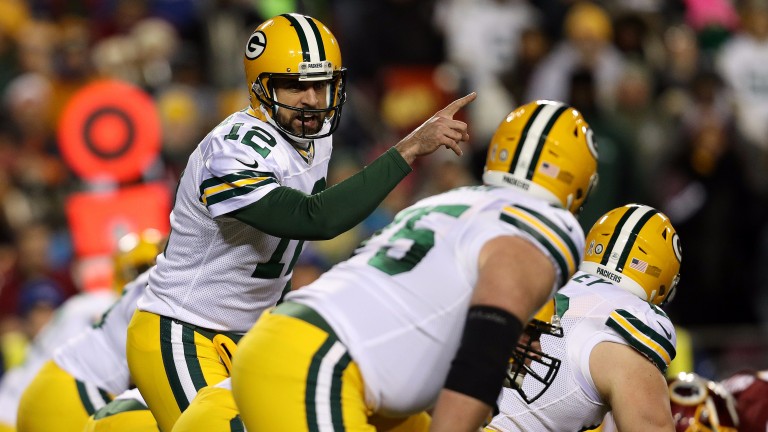 Four straight victories have galvanised the Packers’ season and a win against Minnesota could set them up for a potential NFC North divisional decider in Detroit next week.

Such a scenario would represent an escape and while any team with a quarterback of Aaron Rodgers’s quality will always have a chance, it would be easy to get carried away with their recovery.

There were times in Week 15 when they struggled against Chicago, who have won just three games all season, and they scraped home after a last-ditch Mason Crosby field goal.

The Vikings, who started the season with five straight wins, has seen their playoff hopes virtually extinguished but they should still be geared to play for at least pride.

The defence have a point to prove after they capitulated in last week’s 34-6 thumping against Indianapolis.

That unexpected slump came after three decent displays on that side of the ball when they conceded fewer than 20 points in each game.

While few people are impressed by a victory over Jacksonville these days, they lost by two against Dallas and by three against the Lions.

Rogers is capable of providing them with another great test, but if Packers’ minds become distracted by next week’s potential showdown, the Vikings could at least stay in touch.

Tampa Bay’s five-match unbeaten run was ended by Dallas in Week 15, but they led in the AT&T Stadium at the beginning of the fourth quarter and should not be ruled out of the playoff picture just yet.

They need to win in New Orleans to keep the pressure on NFC South leaders Atlanta and it is a result they look capable of getting, having beaten the Saints 16-11 in Florida a fortnight ago.

New Orleans were the second-highest scorers heading into the penultimate week with an average of 29 points per game and 11 is the lowest tally they have been held to all season.

Quarterback Drew Brees remains a huge threat but the Bucs should put in an attacking performance and it is difficult to put much faith in a Saints defence who have conceded at least 27 points in seven matches this season.