Pirlo and Villa are class acts 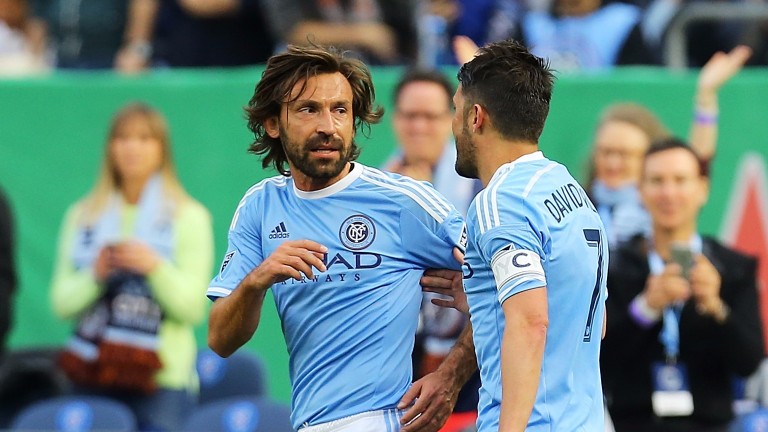 Patrick Vieira was a winner in his playing days for Arsenal and he can collect the first major honour of his coaching career by leading New York City to MLS Cup glory in 2017.

City are 16-1 shots to be crowned MLS champions for the first time but will be in with a great chance if they build on an encouraging first season under Vieira.

Vieira inherited a team who had finished eighth in the Eastern Conference the previous season and steered them to second with the considerable help of classy veterans Frank Lampard, Andrea Pirlo and David Villa.

City's hopes of glory were extinguished by a dismal 7-0 aggregate loss to Toronto in the Eastern Conference semi-finals but it had been a promising campaign under the 40-year-old Frenchman, who will have learned a lot from the experience.

He will not be able to call on Lampard, who announced his retirement earlier this year, but Pirlo and Villa remain and his squad look competitive enough to make another bold showing.

The Red Bulls surprisingly lost 3-1 on aggregate to Montreal Impact in last season's Easterrn Conference semi-finals and have done nowhere near enough to strengthen.

Toronto look more likely to make an impact thanks to the threat of Jozy Altidore and Sebastian Giovinco – scorers of ten and 17 MLS goals last term – but look too short in an open betting heat.

MLS champions Seattle – by far the best-supported team – are 15-2 to retain the trophy but may not have done enough to strengthen a squad who finished fourth in the Western Conference last season.

Seattle also look a short price to win the Western Conference and could be challenged by Vancouver Whitecaps, who look value at much bigger odds.

The Whitecaps finished a distant eighth last season but were second in 2015 and may be set for a revival.

Head coach Carl Robinson has useful experience in the league after three seasons in charge and his club have pulled off a major transfer coup by snapping up Colombian attacker Fredy Montero on loan from Chinese side Tianjin Teda.

Montero reached double-figure goal tallies in four consecutive seasons at Seattle between 2009 and 2012 and if he has the same impact with the Whitecaps he could transform them from also-rans to potential Western Conference winners.