Hamilton on the verge of fourth title 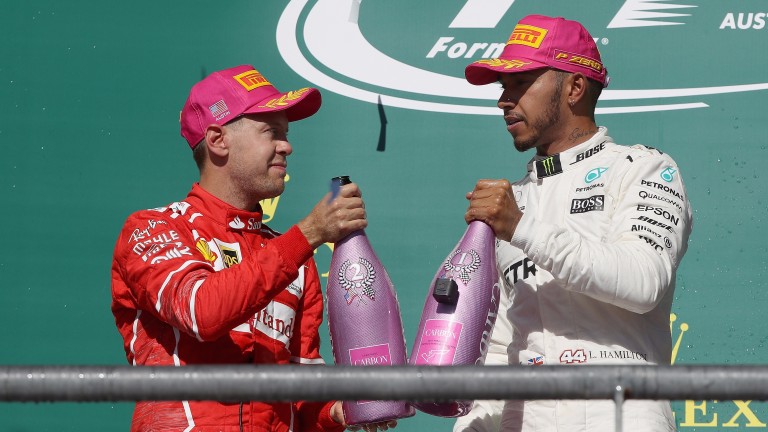 Sebastian Vettel and Lewis Hamilton have shared the podium seven times this year
Clive Mason
1 of 1
By Adam Scriven UPDATED 11:49AM, OCT 27 2017

Lewis Hamilton needs only to finish in the top five in Sunday's Mexican Grand Prix in order to seal his fourth world drivers championship, regardless of where his chief rival Sebastian Vettel finishes.

Mercedes have scored 1-2 finishes in both races in Mexico City since the circuit returned to the calendar. The cars run in high-downforce configuration at the track, but due to the high altitude the aerodynamic devices are nowhere near as effective as usual.

Hamilton was made to work harder to win the race than he might have expected in Texas last weekend after dominating the preliminaries. But win he did and Hamilton is odds-on to triumph for the seventh time in eight races.

Four different drivers from three teams have topped opening practice at the last four race weekends and the market reflects the open contest.

Hamilton, who was quickest out of the box in Texas, heads the betting at 7-4, but second-favourite Vettel might be the better punt.

Ferrari scored their first double podium finish in six races in Texas and have continued to develop the car while most other teams have switched focus to next year.

The pressure is off Vettel, who has all but conceded the title, and the German could be set for a strong weekend.