Bottas makes it a three-way race 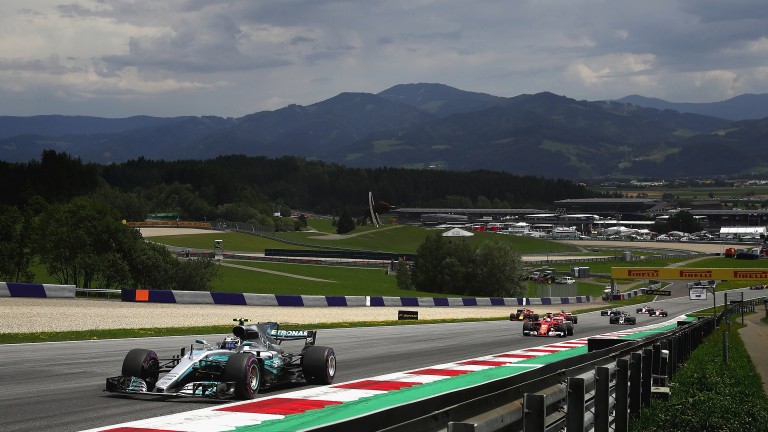 Sebastian Vettel regained favouritism for the world championship with some bookmakers after his second place in the Austrian Grand Prix, but Valtteri Bottas's second victory of the season may have turned it into a three-horse race.

Vettel extended his advantage over Lewis Hamilton by six points to 20 after the British driver recovered to finish fourth after starting eighth on the grid due to a penalty for an unscheduled gearbox change.

But Bottas is only 15 points further back after the second grand prix win of his career following his breakthrough victory in Russia.

The flying Finn was cut from 33-1 to 18-1 for the title, with Vettel a general evens and Hamilton out to 11-10 after finishing off the podium for the fourth time in the last six races.

Bottas was on pole and got a start that was so good it was investigated by the stewards in case he had jumped before the lights went out.

Vettel, who had gone off 7-4 favourite with Bottas 15-8, was right on the tail of the Mercedes man on the final lap, and Daniel Ricciardo held off Hamilton to take third in similar fashion.

Ricciardo's Red Bull teammate Max Verstappen was the victim of a first-lap incident caused by Daniil Kvyat that took the Dutch youngster and Fernando Alonso out of the race.

Hamilton has only a few days to lick his wounds as the next race is the British Grand Prix at Silverstone this weekend.