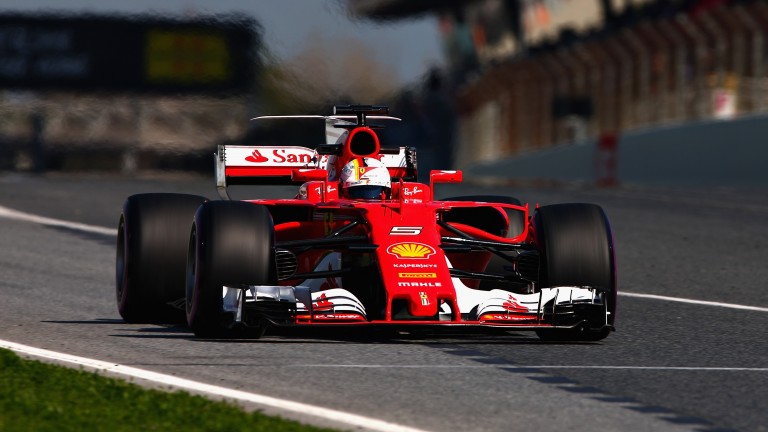 Sebastian Vettel is being backed to supply Ferrari with their first world title since 2007 when the new F1 season begins in Australia this weekend.

Vettel is a top-price 4-1 to add to the four world crowns he won with Red Bull, having been available at 20-1 a month ago.

Ferrari impressed in the eight days of pre-season testing in Barcelona, with Vettel's teammate Kimi Raikkonen (10-1 having been a 50-1 chance before the 2017 cars were unveiled) going fastest of all.

Lewis Hamilton remains favourite to regain the championship that he narrowly lost to Mercedes teammate Nico Rosberg last season. The Briton is 11-10 to rule the world for a fourth time.

Rosberg's shock retirement over the winter saw Valtteri Bottas move from Williams to replace him and the flying Finn is 11-2 third favourite for the title, with Max Verstappen of Red Bull an 8-1 chance.

Practice for the Australian Grand Prix begins at 1am on Friday UK and Ireland time. Hamilton is 5-4 to win the opener in Melbourne with Vettel 7-2, and 11-10 for pole, with the German a 10-3 shot.