Ferrari ace must start from the back of the grid 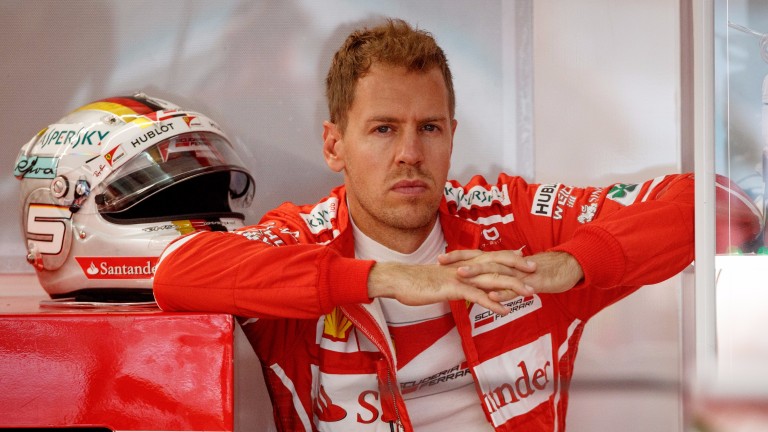 Two weeks ago Sebastian Vettel looked poised to fire himself back into the championship lead, trailing Lewis Hamilton by three points but about to start from pole position for the Singapore Grand Prix.

A moment of madness there and mechanical gremlins this weekend mean Vettel will start from the back of the grid for the Malaysian Grand Prix with Hamilton, now 28 points in front in the title race, set to start from pole.

It's a huge blow to Vettel, who is now 6-1 to land a fifth world crown this season, but all is not lost and the Ferrari ace could be value to recover to take a podium finish.

Mercedes had looked to be struggling this weekend and it took another heroic effort from qualifying king Hamilton to take his 70th career pole.

He denied Vettel's Ferrari teammate Kimi Raikkonen by 0.045 seconds after the Finn had locked his brakes in the final corner of his fastest lap.

That suggests Vettel may well have been starting from pole if not for his engine issues.

The good news for Vettel is that he can now use a fresh powertrain without being affected by the resultant grid penalties, so he could well find himself in the fastest car in the field.

Vettel recovered from the back to finish third in Abu Dhabi in 2012, and from last to fifth in Singapore last year, while Hamilton finished third from the back in Belgium last season.

Sepang offers plenty of overtaking opportunities, and the chance of rain shouldn't hamper Vettel's hopes of making significant progress through the field.

Hamilton showed better race pace than expected in Singapore last time, and is a warm 4-7 favourite to win for the fourth event in succession.