Vettel can get off to a fast start in Brazil

Ferrari ace value to bounce back after championship defeat 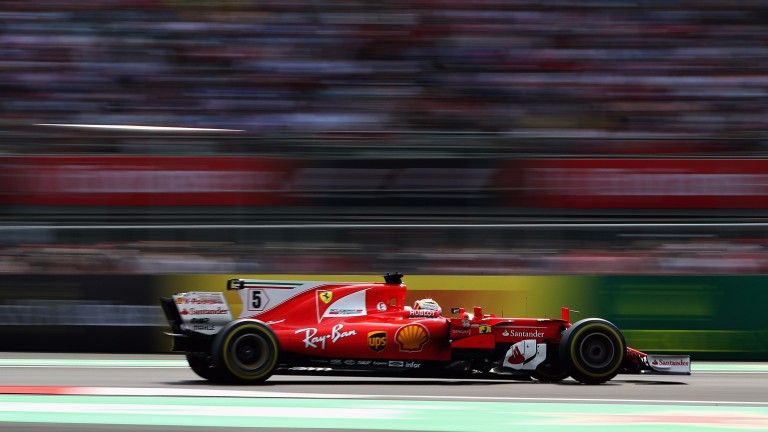 Lewis Hamilton has seen off the challenge of Sebastian Vettel to land his fourth world drivers crown.

But with Red Bull finishing the season with a flourish we should see two more entertaining races before the year is out, starting in Brazil this weekend.

Max Verstappen won brilliantly in Mexico last weekend and was the star of the show in Brazil last year with his late charge through the field for third place in torrential rain.

The weather could have a bearing this year, although Friday and Saturday are expected to be wet before a dry race.

If first practice escapes the weather though, Vettel, who started on pole in Mexico, could be value at 6-1 to top the session.

Five different drivers have headed first practice at the last five races so market-leader Hamilton is worth taking on. Verstappen is second favourite but after several Renault-powered cars broke down in Mexico Red Bull may take it easy early on.