Veteran Francesca Schiavone can roll back the years at Roland Garros

Youngster Kuzmova will do well to deny rampant Italian 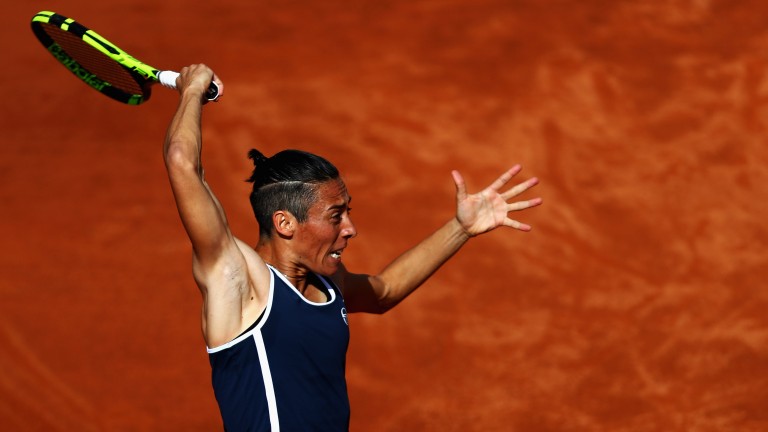 2010 champ Francesca Schiavone looks fit as a fiddle for her latest Roland Garros visit
Dean Mouhtaropoulos
1 of 1
By Adrian Humphries 8:00PM, MAY 26 2018

Schiavone v Kuzmova
There are high hopes for young Slovak Viktoria Kuzmova, but the 20-year-old may have her work cut out against 2010 French Open champion Francesca Schiavone.

The fit-as-a-fiddle Italian, 37, turned on the style in the qualifiers to defeat Carol Zhao, Jamie Loeb and Evgeniya Rodina (6-0 6-1) and a reproduction of that latest form from one of the finest exponents of clay-court tennis could easily prove too much for Kuzmova.

It's eight years since Schiavone upended Sam Stosur in the Roland Garros final – she also made the final the following year.

But judging by the veteran's victory over Rodina, she could even cause fourth seed Elina Svitolina problems should the pair set up a second-round clash.

Brady v Hesse
Jennifer Brady packs a punch on court and the American's best years almost certainly lie ahead of her, but considering her opener is on clay and that Amandine Hesse has started to step it up a bit more this season it could pay to side with the French wildcard entry on the handicaps.

Hesse, 25, gets a start of 5.5 games and if she continues to produce the more attacking brand of tennis she has been showing in recent weeks, she may be value.

Delbonis v Bellucci
Thomaz Bellucci did well to drop just one set in qualifying wins over Matthias Bachinger, Daniel Gimeno-Traver and Ruben Bemelmans and the Brazilian is not without a shout of pushing Federico Delbonis close in their round-one rumble.

However, Bellucci now resides at a lowly 269th in the world and while he is good enough to mount yet another rise up the rankings, he may do well to last past opening day in the main draw.

Delbonis, who is more than 200 spots higher than his opponent, is 4-6 to get the job done and he ought to do that.