Verstappen value to get involved at the front 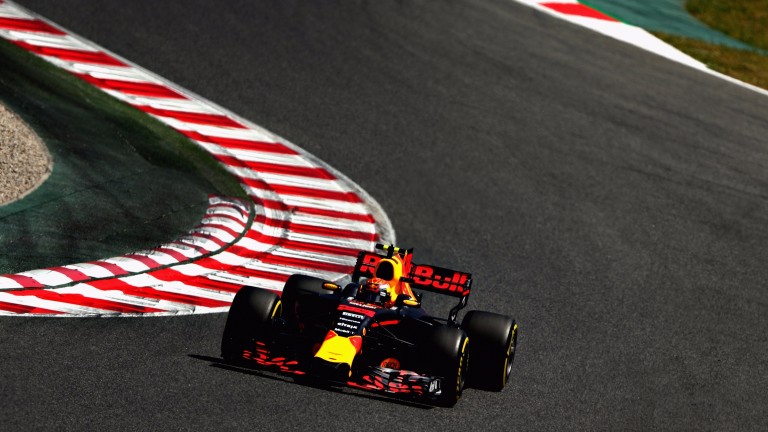 Agius’s top tip
Max Verstappen without Mercedes 9-1
The battle between Mercedes and Ferrari was back in full effect in qualifying for the Spanish Grand Prix, with Lewis Hamilton pipping Sebastian Vettel for pole.

The leading protagonists will each have their teammates behind them on the grid but the race for victory should be between the pair and Hamilton looks a solid prospect as 8-11 favourite with Vettel a 2-1 chance.

The German had an engine scare during the first qualifying session after changing his turbo charger but looked on course to snatch pole before making a mistake in the final sector.

Even so, it’s hard to make a strong case for Ferrari having the upper hand in the race. They have made ground on the Silver Arrows all weekend but started off a long way behind after the updated Mercedes flew in the first practice session.

Valtteri Bottas should be oozing confidence after his pole position in Bahrain and first race victory in Russia last time out, and given the same equipment as Hamilton he would be fancied to serve it up to the top two.

However, the Finn’s prospects suffered a setback on Friday night when he was forced into an engine change and will be racing with the unit that completed the first four races.

That gives him a significant disadvantage to Hamilton, unless of course, the Briton’s superior power unit suffers a similar issue.

Kimi Raikkonen was runner-up in Spain last year but the man who beat him 12 months ago could be a value bet to get involved at the front again.

Red Bull’s performance gains have not been as loudly heralded as those of the top two teams, but Max Verstappen, winner in Barcelona on his debut for Red Bull last year, could mark the anniversary with another strong performance.

Verstappen was on the tail of the Ferraris when qualifying fifth, a good margin ahead of teammate Daniel Ricciardo.

Starting from the clean side of the track, a quick getaway could put him in the mix. With only two each-way places, backing Verstappen at 9-1 without the Mercedes pair appeals.

Aside from the battle for pole the big story from qualifying was home hero Fernando Alonso finishing an impressive seventh in the beleaguered McLaren.

His teammate Stoffel Vandoorne had failed to escape the first session but Alonso, who is missing the Monaco Grand Prix to compete in the Indianapolis 500 on May 28, demonstrated his world champion class.

He failed to make the start in Russia though, and also suffered a failure in first practice and opposing him with Force India’s Esteban Ocon in bet365’s Group 4 seems logical.

Ocon is tenth on the grid but could have been in front of Alonso without a DRS problem on his last run.

He was ahead of group rival Kevin Magnussen (11th) in Q1 and Q2, while 16-1 outsider of four Daniil Kvyat starts last.