Wozniacki in for a fight 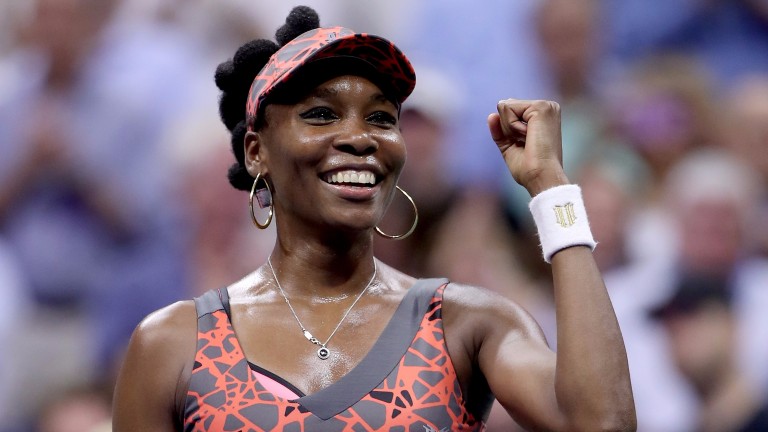 Venus Williams has come up short in two Grand Slam finals this term and the ageing American will be hoping she can make amends for those defeats when she takes on Caroline Wozniacki in the WTA Tour Finals in Singapore.

The veteran delivered a performance to savour when coming from a set down to defeat Caroline Garcia in the last four and if she carries that form forward she would be a big danger to her Danish foe.

Williams leads hard-hitting Wozniacki 7-0 in their personal series but she was fighting a hip injury during her semi-final triumph over Garcia and that clash could eventually take its toll.

Racing Post Sport's Adrian Humphries advised followers to side with Wozniacki at 9-1 pre-tournament but, despite her obvious claims, the quotes of 4-7 seem skinny enough given her stuttering record against the American.

Roger Federer is a red-hot favourite to secure an eighth title in his home tournament, the Swiss Indoors, and it's difficult to see Juan Martn del Potro - who has dropped sets against Roberto Bautista-Agut and Joao Sousa this week - troubling him.