Vardy and Mahrez can cause Chelsea problems

Lively Leicester should put up a fight 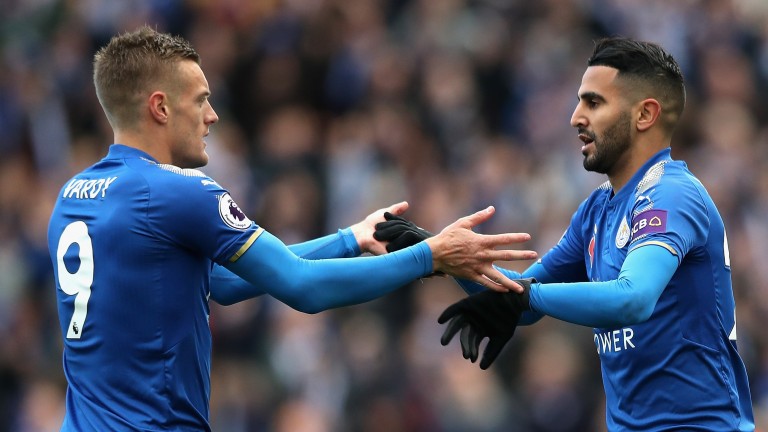 Chelsea have kept clean sheets in five of their last six home league games but they could struggle to shut out lively Leicester at Stamford Bridge.

Leicester have failed to score in just two of their 11 away league games this term and while the returning Jamie Vardy and Riyad Mahrez are in their ranks they are capable of hurting any defence in the division.

Only the top six have notched more than the free-scoring Foxes this season but they have kept just one clean sheet on the road and Claude Puel has a number of defensive injuries to contend with.

Leicester
Jamie Vardy is set to return but defenders Wes Morgan, Danny Simpson and Robert Huth are out. Christian Fuchs and Vicente Iborra should feature.

Key stat
Both teams have scored in Leicester’s last seven away league games.