Wright may be drained after semi-final battle 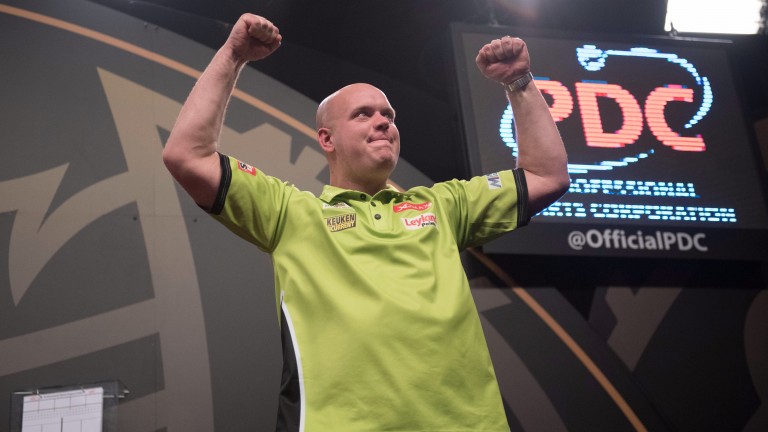 It has already been a nerve-jangling afternoon for Peter Wright, and that could take its toll in Snakebite's Grand Slam final clash with the world's greatest arrowsmith Michael van Gerwen.

He hasn't always looked happy with the new darts he switched to on the eve of the Wolverhampton spectacular, losing 5-2 to Glen Durrant in his opening match, and changed his weapons during the game against Anderson.

Van Gerwen was made to work by up-and-coming Rob Cross in the group stage and again in the quarter-finals, but always looked in control in taking out Phil Taylor 16-8 in the semis. The Dutchman should win with a degree of comfort.

Mighty Mike has met Wright six times in ranked PDC Majors and won them all, and he looks worth backing giving up 5.5 legs as he seeks to claim a third straight Grand Slam title.