Quintana not up to speed on time-trials 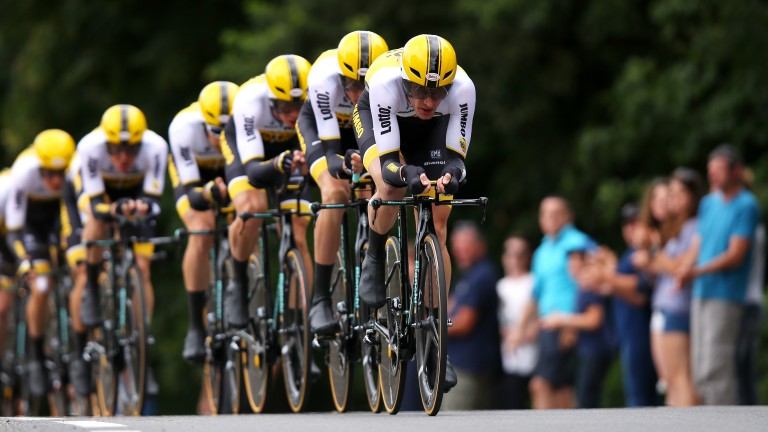 Sunday's action-packed stage up to Blockhaus saw the first meaningful moves for the Maglia Rosa and another reordering of the general classification is likely on stage ten.

Colombian favourite Nairo Quintana's imperious display on Sunday's punishing mountain finish dispelled any doubts about his condition and propelled the Movistar rider into the race lead.

However, it is a position he is likely to surrender for at least a short time after Tuesday's 40km time-trial from Foligno to Montefalco.

Quintana has worked hard to improve his skills against the clock but his slight frame is built for climbing and unlike perennial rival Chris Froome, his Grand Tour aspirations rely solely on his peerless ability in the mountains.

If all goes to plan the pink jersey should be claimed by time-trial specialist Tom Dumoulin.

The Dutch powerhouse has lost weight to make him a more effective climber but he is still one of the best riders against the clock in the peloton and on form should bridge the 30-second gap to Quintana in the general classification.

On a similar stage at last year's Tour de France, Dumoulin put more than three minutes into the Colombian and with the mountainous tests to come in mind, he will look to gain a similar advantage.

He is by far the best time-trialler in the start list but is extremely short for the stage at 8-11.

Preference is to look at an each-way pick at a bigger price and Jos van Emden appeals at 28-1.

The Dutchman has beaten compatriot Dumoulin in his last three individual TTs and is likely to have targeted this stage for a decent performance.