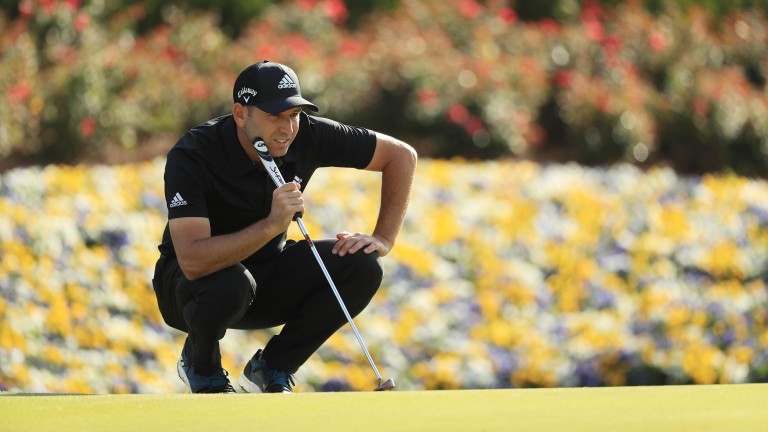 World number one Dustin Johnson tees up in the Valspar Championship for the first time since 2010 this week, topping the betting after finishing fifth at Sawgrass on Sunday, a personal best in the 'fifth Major'.

Johnson missed the cut in his only previous Copperhead spin, putted poorly in the final round of the Players and looks a short price for Valspar glory.

Jon Rahm suffered a Sunday shocker at Sawgrass, a 76 to surrender the lead in sorry fashion, and Copperhead is not ideal terrain for a recovery, while Jason Day is a risky betting proposition in the wake of his early Bay Hill withdrawal with a back injury.

Consistent ball-striking is the key to success at the Copperhead Course, a penal layout where anyone who finishes the week double-digits under-par will have title aspirations, and Gary Woodland could be best equipped for the challenge.

Woodland has emphatically conquered this monster before, reaching 15 under par in 2011 for a US Tour breakthrough. It was only his second full season on the circuit and his Copperhead debut, but the powerhouse fired a pair of weekend 67s to triumph.

Eight years later, Woodland is a much better player, with more control and short-game quality allied to his natural length. He has won two more US Tour titles, moved to Florida, and threatened further Sunshine State success when second in the 2017 Honda Classic.

This Florida Swing has been unspectacular for Woodland, who followed 36th in the Honda with 30th at Sawgrass, but since the 2018 Players Championship he has not missed a cut, a 23-event streak which includes runner-up finishes in the CJ Cup and the Sentry Tournament of Champions.

He was sixth in the last Major – the US PGA – and has been in command of his game for months. 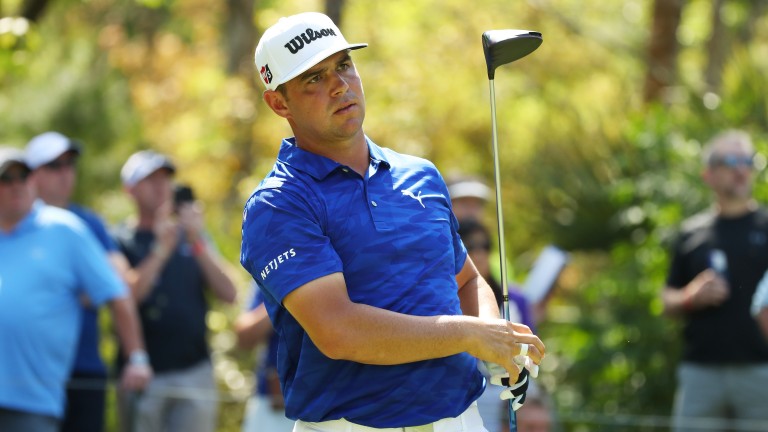 The 34-year-old is third in the US Tour total driving statistics and third for greens in regulation. He is heavily dependant on his caddie Brennan Little – Woodland prefers to concentrate on his shots and let his bagman do the necessary pre-shot planning – and the player struggled without his usual sidekick in the Honda.

A mate was on duty instead and Woodland has since joked about how badly he did the job. Expect a more professional and polished performance at Copperhead.

There may have been a perverse pleasure for Sergio Garcia in seeing compatriot Rahm collapse from the front at Sawgrass – El Nino enjoyed being the king of Spanish golf for two decades until a younger rival came on to the scene. Garcia has passed the test of Sawgrass Sunday, becoming Players champion in 2008, but it was too much for Rahm.

Garcia has been on a charm offensive since his controversial destruction of Saudi greens at the start of last month and he has produced good golf with perfect manners. Sixth place in the WGC-Mexico Championship was followed by ninth in the Honda and 22nd at Sawgrass, where he closed with an excellent 67 and putted superbly.

Garcia led the Valspar Championship field in strokes-gained tee-to-green last year, finishing fourth. If he can marry a similar ball-striking performance with his putting form from Sunday, the title would be at his mercy. His worldwide form figures since he starred in a triumphant European Ryder Cup team in September are 1-2-9-6-7-3-DQ-37-6-9-22, and his last four Valspar starts have all yielded a top-20 finish.

Jason Kokrak is in the form of his life and Sawgrass was the 16th consecutive tournament in which he has enjoyed weekend employment. Half of those events have yielded a top-20 finish, including five of his seven spins this year. Ninth place in the Honda was followed by tenth at Bay Hill, and the icing could be put on the cake of an excellent Florida Swing with Valspar glory.

Kokrak, who won a Web.com Tour event in Florida in 2011, finished seventh in the 2015 Valspar and eighth last year. His Bay Hill record is superb, too, and rarely does a US Tour maiden have such compelling title credentials.

Complete a four-pronged attack with Louis Oosthuizen, a Major champion who typically thrives on difficult courses. The Florida-based South African is second on the US Tour total driving statistic despite making a quiet start to his Stateside campaign.

Oosthuizen took great heart from winning a first South African Open before Christmas – a six-shot triumph which highlighted his increased putting confidence – and fourth place in Abu Dhabi was a tidy 2019 opener. Like Garcia, he left the Players with a spring in his step, enjoying a bogey-free, four-under-par closing nine, and 7-16 are strong Valspar form figures since the course was renovated in 2016.

Others to note
Sam Burns
The promising youngster finished eighth in the Honda Classic last year, then 12th in the Valspar, but recent outings have been underwhelming.

Joaquin Niemann
The 20-year-old Chilean starlet is slowly but surely finding his feet as a US Tour professional and Copperhead could be a good fit given ball-striking is his great strength.

Paul Casey
The defending champion was playing consistently well until missing the cut at Sawgrass last week. A decent defence can be expected.

Webb Simpson
The 2018 Sawgrass hero passed on the trophy to Rory McIlroy on Sunday. Simpson, Copperhead runner-up in 2011, has missed only two cuts since winning the Players.

Henrik Stenson
The Swede has been using lots of different caddies this year, his results being equally inconsistent. A ball-striking test in Florida could be the perfect tonic this week as he bids to emerge from a slump.

When to watch Live on Sky Sports Golf from 12.45pm Thursday

Course overview This is a tough, tree-lined layout, opened in 1972 and hosting for the 19th time (there was no tournament in 2001). It was renovated prior to the 2016 edition.

It opens with a double-dogleg par-five, the fifth is an uphill par-five of 605 yards to a small, well-bunkered green, while the 235-yard eighth is the longest of the five par-threes.

The most difficult hole is the par-four 16th, where water runs down the right of the fairway. It starts what is known as the Snake Pit – a hugely demanding closing three-hole stretch.

Story of last year A final-round 65 was enough for Paul Casey to end a nine-year US Tour victory drought, with Patrick Reed and Tiger Woods finishing one shot behind

Weather forecast Sunny with light breezes for the most part, with a small thunderstorm threat for Sunday afternoon

Type of player suited to the challenge Copperhead puts a premium on solid driving and straight hitting, which is why the likes of KJ Choi, Retief Goosen, Jim Furyk and John Senden have flourished at the layout