Well-supported club are in Real trouble 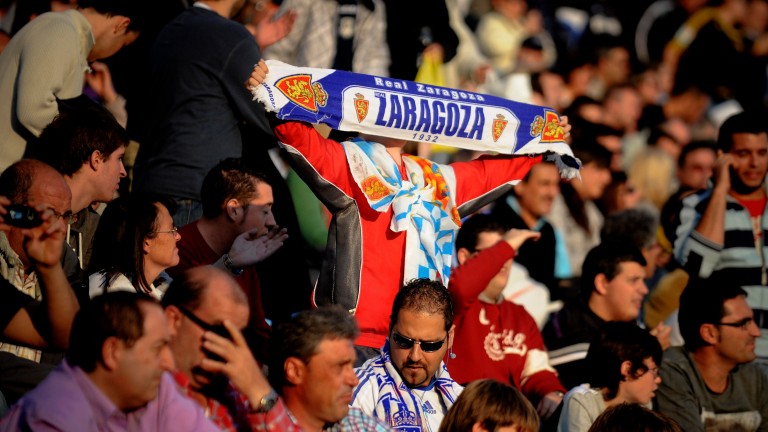 Zaragoza’s status as one of Spain’s best-supported clubs remains intact despite the club floundering in the Segunda Division but their hard-pressed fans don't have much to cheer.

And it could well get worse when Mallorca arrive in the capital of Aragon.

A crowd of more than 20,000 will flock to La Romareda but their club is very much in decline.

New boss Lucas Alcaraz did at least put a win on the board on Monday, beating bottom club Gimnastic 3-1.

That snapped an eight-match winless run and was Alcaraz’s first success after three weeks at the helm.

But Gimnastic are a terrible team and Mallorca will represent a far sterner test.

The boys from the Balearics, promoted from Segunda B in May, are going well enough. They have suffered three defeats but those setbacks were against a trio of top-five opponents in Granada, Alcorcon and Albacete. There is no disgrace in that.

After three draws they clubbed Cordoba 3-0 on Sunday and while they do all their best work in Palma they look a decent outfit home and away and seem overpriced.