USA can make the perfect start to Gold Cup 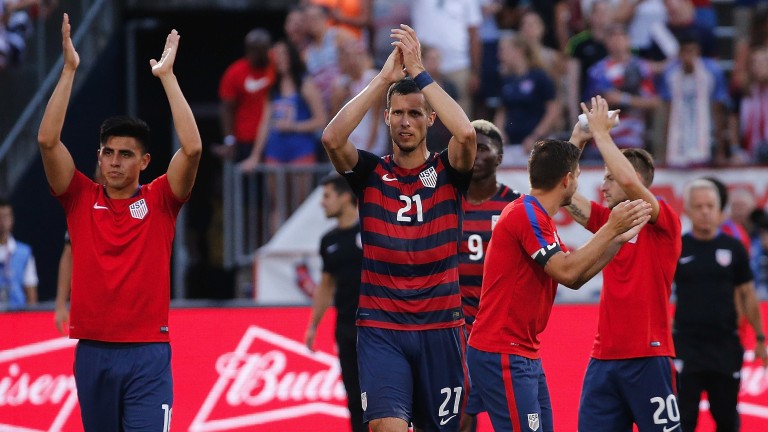 Host nation USA are the warm favourites to win Group B and can get off to the perfect start by beating Panama at the Nissan Stadium, Nashville.

Panama are likely to be the USA's toughest opponents in a section which also features Nicaragua and Martinique.

But they haven't defeated the Stars & Stripes in the last nine meetings and are one point below the USA in Concacaf World Cup qualifying.

Panama have got to the semi-finals at the last three Concacaf Gold Cups and were runners-up to the States in 2013.

Holding their own in the opening match would give them a huge confidence boost but USMNT have won their first match at all 13 Concacaf Gold Cups and are likely to keep the run going.

Day two of the tournament is completed by Nicaragua's match with Martinique which takes place at the same venue.

Nicaragua lost all three matches in their only previous appearance at a Concacaf Gold Cup in 2009 but they look the likely winners of a contest which will probably decide who finishes bottom.

Martinique have won two of 11 matches in Gold Cups and started the 2013 competition with a surprise 1-0 victory over Canada.

However, their squad draws heavily on home-based players and their warm-up results – a 2-1 loss to Curacao and a 1-0 defeat to French Guiana – have been unimpressive.

Nicaragua qualified with a 4-3 aggregate victory over Haiti, who are 49th in the latest Fifa rankings.

They seem to be improving under Costa Rican head coach Henry Duarte and can pick up their first points in a Gold Cup.