US presidential election 2020: Most bookmakers pay out on Biden as winner 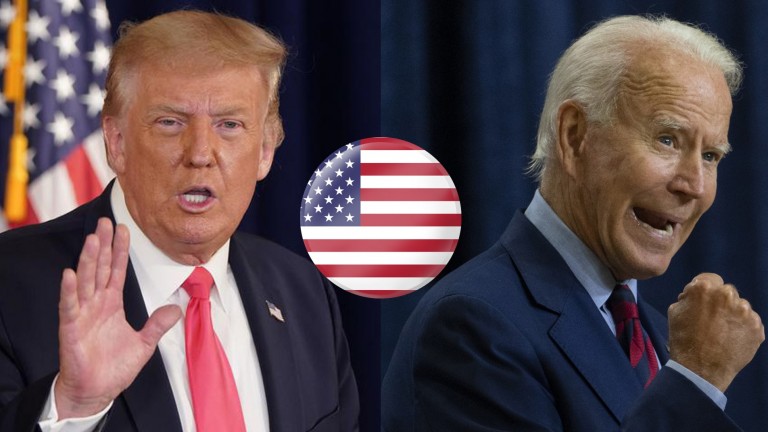 Donald Trump is still not prepared to accept that he lost the 2020 United States presidential election against Joe Biden but bookmakers expect him to be departing the White House shortly and most have settled their markets with Biden as the winner.

The 45th president has yet to issue the traditional concession as he continues to dispute the results of the November 3 polls in key states such as Pennsylvania, Wisconsin and Nevada.

That had led to a staggered declaration of payouts by UK and Irish bookmakers with Betfred, William Hill and BoyleSports among those to cash out their Biden backers first.  Bet365 have also settled Biden as the winner, while Ladbrokes and Coral had been reserving judgement pending the legal disputes but declared they will settle Biden as the winner on Monday.

Betway are yet to settle the market. Spokesman Chad Yeomans said: "Given that the outcome is still being liquidly traded around the world, I think we can point to very legitimate reasons for not settling yet."

Paddy Power and Betfair's sportsbook have settled with Biden and the Democratic party as the winners, but Betfair's exchange market is still in-play, with £568.5 million matched as of 2pm on Monday. Punters who think Trump can still find a way to turn it around could back him at 17 (16-1).

Markets other than outright and winning party will not be settled until all state results are finalised.

In similar fashion, Sporting Index have settled clear-cut markets such as the majority of their state binary markets, but say they are "holding off on settling any electoral vote, state index, -ups markets or handicap-related markets until Trump’s legal challenges have been addressed".

There are plenty of prices on offer for the 2024 presidential election and there's a difference of opinion, with Ladbrokes making Biden 7-2 favourite while Hills may be closer to the mark with VP-elect Kamala Harris as their 7-2 market leader ahead of 4-1 Biden.

Biden will be 78 when he takes office in January, so he would be 82 by the time he won a second term.

Trump is 10-1 with Ladbrokes to win in 2024 and 3-1 to be the Republican nominee, with VP Mike Pence and former US ambassador to the UN Nikki Haley both 6-1.