US PGA 2019: Tiger Woods's quest for the Grand Slam and best bets 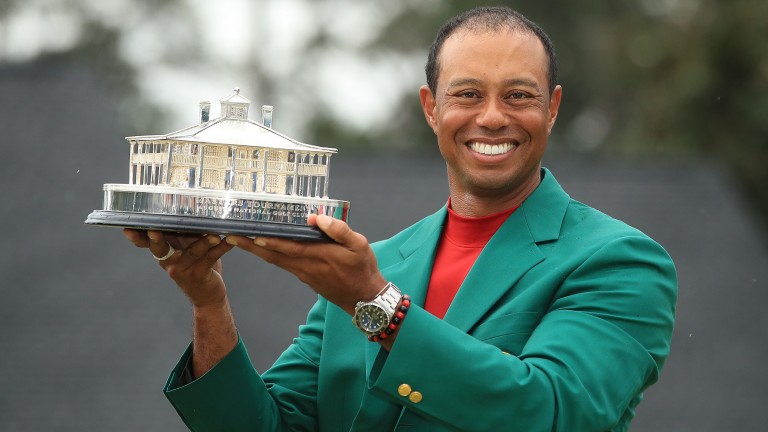 Tiger Woods's Masters victory has punters dreaming of a Grand Slam
Andrew Redington
1 of 1
8:00PM, MAY 14 2019

Every time Tiger Woods wins the Masters - and he has now donned five Green Jackets - the hype surrounding his prospects of landing a same-year Slam is ratcheted up.

Never mind that it’s Mission Impossible and nobody has ever done it unless you count legend Bobby Jones, who landed the 1930 version of the Slam, the US Open, the Open and the amateur championships of both countries.

That was before the Masters was invented and before the US PGA became strokeplay.

Never mind that Tiger is 43 and has had four back surgeries, never mind he needs his game at peak for four months, Adducci believes positives outweigh negatives, citing Tiger’s past triumphs at the next two Major venues, Bethpage Black and Pebble Beach.

The modern Slam was all everyone was talking about each time Jack Nicklaus captured the five Masters he won between 1963 and 1975 (his sixth, in 1986, came out of the blue when he was 46 and long past being a realistic Grand Slam contender).

I was there when the Golden Bear arrived at Muirfield in 1972 as Masters and US Open champion. It was my first Open as a reporter although I had caddied at the 1966 Open on the same Scottish links.

Ladbrokes chalked him up at just 2-1, then the shortest price ever for an Open, and hope sprang eternal among those fiver-and-tenner punters who were on a Jack Slam at a pre-Masters 1,000-1.

By outrageously pitching in for a par-saving five after making a horlicks of the 71st hole, Lee Trevino dashed those dreams. He beat Nicklaus by one. Earlier, Jack had equalled the course record but played the last three holes in one over. 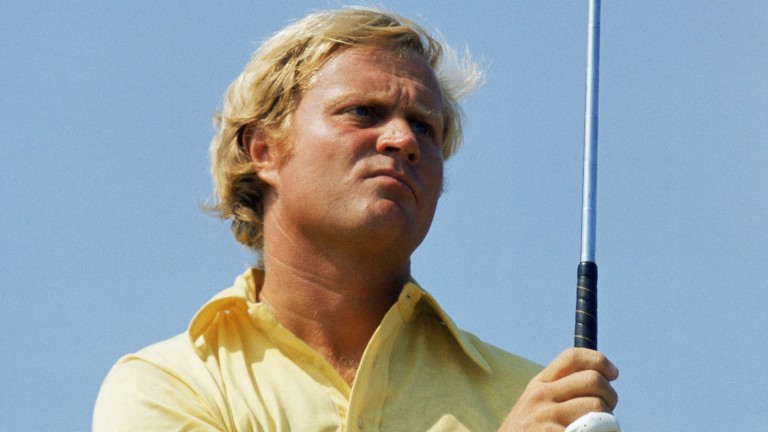 Jack Nicklaus never quite managed to win the same-year Slam
Getty Images
Starting with the 2000 US Open, Woods won four Majors in a row but unfortunately the last one, the Masters, came in 2001.

In 1953 Ben Hogan, the finest golfer of his era and maybe ever, won the first three Majors of the year, including the Open at Carnoustie on his one-and-only Championship visit, but physically was unable to go for the fourth.

The reason? That year the PGA, then a seven-day match play tournament, finished on a Tuesday, July 7 and Carnoustie began on July 6 with a mandatory 36-hole qualifying tournament. Hogan chose the Open with its paltry £500 first prize over the $5,000 for the PGA winner.

In truth, although Hogan won two PGAs before his career-threatening road accident in 1949, the Wee Ice Man had no intention of playing that Major even without the dates clash.

After the head-on collision with a Greyhound bus in the early-morning fog had caused multiple injuries that involved spending 59 days in hospital, he never played the PGA again until it became a regular four-round strokeplay event in 1958.

His battered leg was never up to playing the 12 rounds in a week, two matches a day for the last five days, required to be champion.

And if you’re wondering why the PGA has been moved to May, it’s to give greater prominence to the FedEx Cup playoffs and to bring its Tour Championship climax forward a month to the better weather of late August.

If you thought the PGA was never played this early before, you’d be wrong: in 1971 it was staged at the original PGA National course in Florida in late February to avoid the anticipated oppressive Sunshine State weather in August.

Nicklaus won that year’s PGA, the ninth of his 18-Major haul which Woods will match if he rounds off a same-year Slam at Royal Portrush on July 21.

But first things first - there’s Bethpage Black and Pebble Beach to conquer. Good luck to Tiger, the intrepid Mr Adducci and to every punter who believes in ‘miracles’. They do happen, ask Liverpool and Spurs fans. But on this one, I’ll believe it when I see it.

Bethpage Black relishes being regarded as the most brutal public course in America but there’s always a long queue of masochists willing to drive through the night to pay a $130 green fee (half-price if you’re a New Yorker) and be humiliated.

Anyone with a handicap of over 12 is highly unlikely to beat 100 in the massive maze of bunkers on long, rugged holes that climb up and down broad hills.

The course, the jewel in the crown of five in the State Park complex on Long Island, a 40-mile drive from Manhattan, hosts the US PGA Championship for the first time but has twice bared its teeth for the US Open and was last used for the 2016 Barclays.

Tiger Woods was the only man to beat the par of 280 at the 2002 Open and nine years later, in four days of the filthiest weather imaginable, Lucas Glover emerged through continuous rain and multiple suspensions of play to beat Tiger’s 277 by one.

Glover was one of just five to finish under the card with Woods’s level-par 280, a fine effort after shooting four over on day one, only good enough for a share of sixth.

Conditions were easier for the two Barclays tournaments in August when the par was extended from a strict 70 to a more manageable 71, with the result that Nick Watney won with ten under and Patrick Reed with nine under.

Moving the most minor of the Majors to mid-May makes more problems for punters because some players play better in August than in the spring but all seasons come alike to the super-consistent Jon Rahm who is due to win the first of many Majors.

The affable Spaniard won’t mind all the banter and the noise as New York fans let you know they’re there and the rowdy atmosphere will be akin to the amphitheatre at the short 16th in Phoenix.

Tiger has won four PGAs but none since 2007 and has also been runner-up twice. Rory McIlroy has won two but has looked ungenuine on Sundays, and Brooks Koepka, a real big-occasion player as he demonstrates over and over again, will make a bold defence.

Woods and Glover know what it takes to win a Major at Bethpage and the latter has shown enough this year to head back there fancying his chances, more a top-ten bet than a winner.

Aussie ace Jason Day, the 2015 champion, will be dangerous if fully fit and Dustin Johnson is an obvious contender, while of those at three-figure odds Ian Poulter won’t let the course beat him.

It’s not a tournament I’m desperate to bet on, at least not until the weekend, but with all but one of the world’s top 100 teeing off - Justin Thomas withdrew on Monday with a wrist injury - a great feast of golf is in store and the cheers for a Tiger victory would be heard back in Times Square.