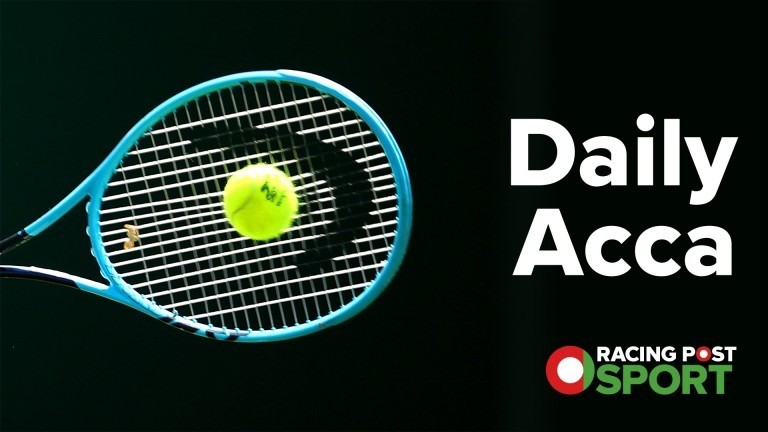 The Racing Post's tennis experts will select their best multiple bet for the US Open every day. Here is the day one acca bet.

Guido Pella has enjoyed a good season which has seen him rise to 20th in the ATP rankings, but the Argentinian may be edged out in his opener against Pablo Carreno Busta. The Spaniard is still working his way back after injury, but PCB has a touch of class that has seen him trouble the best in majors.

Jack Sock's season has been hampered by injury, but it would not be the greatest surprise to see the American ace bounce back to winning form in his home major. Pablo Cuevas has retained his fitness but the Uruguayan could be vulnerable after a generally unremarkable campaign.

Caty McNally has been cut from 8-13 to 8-15 to successfully concede a handicap start of 2.5 games to Timea Bacsinszky, but it may be wiser to stick with the original handicap and take the lower offer than to chance the 3.5 games mark.

Whitney Osuigwe has been well regarded for a while, although she has not had many opportunities to strut her stuff on the main tour. World number five Elina Svitolina can often be difficult to beat, but the American youngster may have enough talent to make the Ukrainian toil.