Uruguay set for a second clean sheet against Saudi Arabia 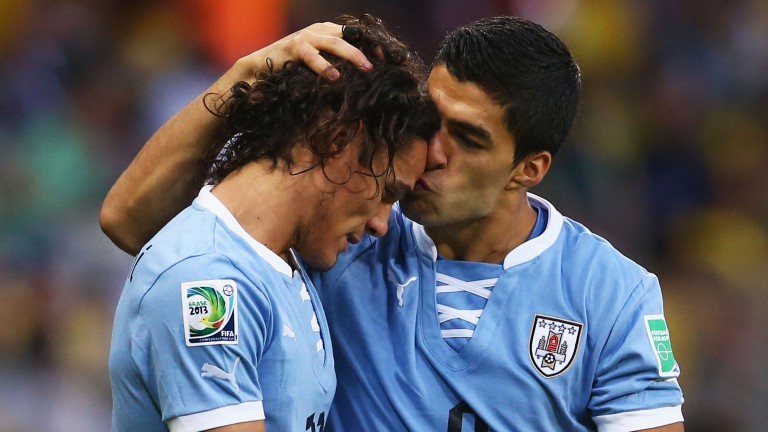 Uruguay got their World Cup campaign up and running with an ugly 1-0 victory over Egypt and can justify long odds-on prices for their game against Saudi Arabia in Rostov.

The South Americans gave their backers a rough ride in the opener but just about deserved their victory, which was settled by a firm Jose Gimenez header.

It was an unconvincing performance from a team heavily touted as potential tournament dark horses but La Celeste never looked like conceding against an Egypt side missing star attacker Mohamed Salah.

The challenge for Uruguay manager Oscar Tabarez is to get his team playing with a bit more fluency.

Serie A-based midfielders Rodrigo Bentancur and Matias Vecino had been widely acclaimed and were highlighted as a key reason for expecting more from Uruguay than at Brazil 2014, where they lost 2-0 to Colombia in the last 16.

But they failed to sparkle and there was a general lack of width which hindered their efforts to stretch a compact and rugged Egypt defence.

Uruguay improved after Cristian Rodriguez, a natural left-sided player, was brought on.

Tabarez may consider handing a start to the experienced 32-year-old but aside from the odd tactical tweak he will surely demand a greater intensity from his players.

Strikers Edinson Cavani and Luis Suarez were not in the game enough although they showed flashes of ability and they may view the Saudi Arabia game as the perfect opportunity to get back among the goals.

The Saudis played some good football against Russia with technically gifted midfielder Salman Al-Faraj catching the eye, but they were hopeless in defence and attack.

There was a lack of quality up front and Saudi Arabia's defenders lacked concentration, physicality and pace, allowing an ordinary Russian side to run riot.

The back four were not helped by a lack of support in front of them.

Abdullah Otayf was the only midfielder with a defensive mindset and taking him off in the 64th minute, when the Russians were just 2-0 ahead, was a major tactical blunder.

Manager Juan Antonio Pizzi clearly felt it was worth the gamble but it left his team even more exposed and paved the way for Russia's late flurry of three goals in the final 25 minutes.

Qualification already looks a fanciful prospect for the Green Falcons and Pizzi's priority should be damage-limitation against a Uruguay side who possess a much stronger attack than Russia.

By working hard and staying disciplined, Saudi Arabia might just avoid another hammering.

However, a second defeat is on the cards and it should be a second clean sheet for Uruguay keeper Fernando Muslera, who is playing behind the best centre-back pairing - Atletico Madrid's Diego Godin and Gimenez - in the tournament.

Team news
Oscar Tabarez may be pondering changes after substitutes Carlos Sanchez and Cristian Rodriguez made a positive impact in the 1-0 victory over Egypt.

Strengths
They are strong in both boxes but need more from Luis Suarez and Edinson Cavani, who were too quiet against Egypt.

Weaknesses
A lack of quality width hindered their efforts to open up Egypt. They may need more from their full-backs but the left-sided Martin Cacares is not known for his offensive qualities.

Key man
Suarez looked to be lacking confidence against Egypt but one goal could transform his tournament.

Team news
No fresh injuries are reported and Juan Antonio Pizzi must decide whether to make changes in the wake of the 5-0 loss to Russia.

Strengths
They passed the ball well enough against Russia with Salman Al-Faraj standing out as their best player.

Weaknesses
They look weak in both boxes. Centre-forward Mohammad Al-Sahlawi lacks power and centre-back Osama Hawsawi is short of pace.

Star man
Holding midfielder Abdullah Otayf was substituted in the first game but his defensive qualities will be needed against Uruguay.

Key stat
Saudi Arabia have conceded at least two goals in each of their last four matches.