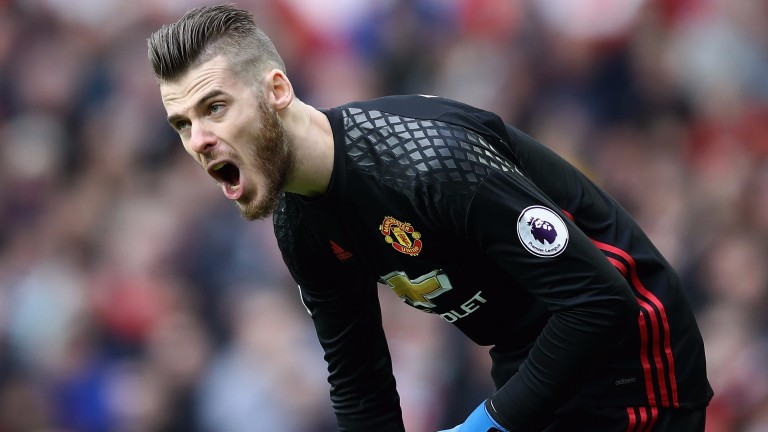 Jose Mourinho was sent off during October's frustrating 0-0 draw with Burnley at Old Trafford but the Manchester United manager should be in a better mood for the reverse fixture at Turf Moor.

United had 37 shots on goal in the home game against the Clarets, whose manager Sean Dyche claimed this week that the Red Devils are "the best side we've played against this season".

They certainly lived up to that billing in last weekend's 2-0 win over leaders Chelsea before progressing to the Europa League semi-finals on Thursday.

Mourinho's committed assault on that competition may pay dividends as United are odds-on to lift the trophy and qualify for next season's Champions League.

However, the extra-time victory over Anderlecht came at a cost with injuries to Marcos Rojo and Zlatan Ibrahimovic.

Both are significant blows as United's defence is already without England pair Chris Smalling and Phil Jones, while top scorer Ibrahimovic has notched in seven of their nine away league wins.

The brilliant Swede will be missed against a Burnley side who have given very little away at Turf Moor this term. Dyche's men have won ten of their 16 home league games, picking up just four of their 36 points on the road.

They have been level at half-time in all four of their home defeats, against Swansea, Arsenal, Manchester City and Tottenham, and there could be a similar pattern to this fixture.

Ante-post favourites for relegation, Burnley look set to avoid the drop thanks to their magnificent home form but they are running out of steam.

That is understandable given their limited resources - six Burnley players have started at least 29 Premier League games. Goalkeeper David de Gea is the only United man with 30 league starts this term even after runs to the EFL Cup final, FA Cup quarter-finals and Europa League semis have added to the squad's workload.

The Clarets' settled defence are still tough to break down and 13 of their 14 league matches in 2017 have been all-square at the break.

They went on to lose seven of those games, conceding three second-half goals at Everton last weekend, and United, even without Zlatan, have the quality to take advantage of their hosts' tendency to fade late on.

Team news
Burnley
Sam Vokes and Scott Arfield are both doubtful with hamstring problems but Johann Berg Gudmunsson should return after a knee injury.