United may need to be patient against organised Newcastle

Benitez's boys are unlikely to roll over 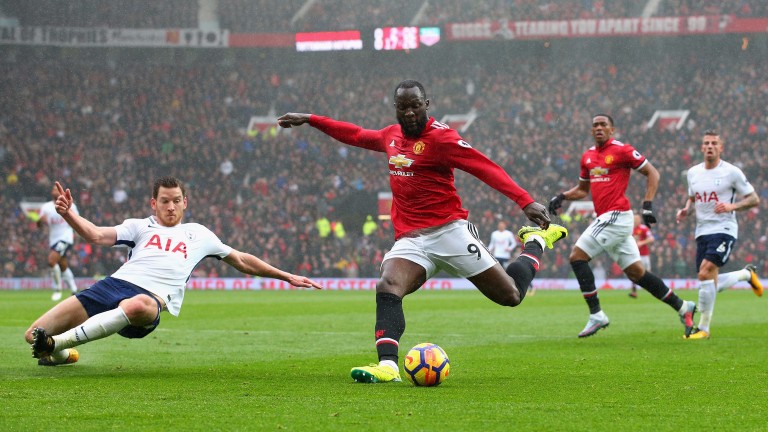 Romelu Lukaku is finding goals hard to come by for United
Alex Livesey
1 of 1
By Steve Davies UPDATED 5:16PM, NOV 18 2017

Five Premier League teams have visited Old Trafford this season and failed to muster as much as a goal or a point between them, so the size of the task facing Newcastle against Manchester United is obvious.

Jose Mourinho’s men have become masters in the art of the clean sheet and while they aren’t always the prettiest, they are effective.

Newcastle are a modest top-flight outfit who are missing one or two key figures and aren’t easy to fancy. Not that the 3-10 about the hosts makes any appeal given the difficulty they have in breaking down well-organised sides.

And no one has rolled Newcastle over this season, including Tottenham and Liverpool. Rafa Benitez’s side have conceded no more than two goals in a game – one of which was against Spurs after they had been reduced to ten men – and have leaked only ten all season. Six of their ten matches have featured exactly one goal.

No team have conceded fewer first-half goals than the Magpies – one so far – and they have yet to trail at the interval in any of their 11 matches.

Given that they’ve suffered five losses, something seems to go wrong in the second half and if there’s one thing that Manchester United have in abundance, it’s pace off the bench if they need to find something late on.

Eleven of their 15 goals at home have been scored in the second half, including the goal which beat Spurs on their last Premier League start at Old Trafford.

Following that logic through to some sort of punting conclusion, the draw-Man United double result may well merit a dabble.

United fans are excited about the imminent returns of Paul Pogba and Zlatan Ibrahimovic, though it remains to be seen if either of them starts.

At the start of the season Pogba was inspired driving from midfield and the subsequent Nemanja Matic-Ander Herrera double act has been far less eye-catching. Ibra’s goal threat, meanwhile, has been missed as Romelu Lukaku has chalked up seven club games without a goal, though he did bang in three for Belgium last week.

Defensively, United are solid. They have shipped three goals in their last 13 home Premier League tussles and boast the best defensive record in the top flight.

That bedrock has enabled them to rack up a 37-match unbeaten run at home, a streak which stretches back 14 months.

Newcastle, as we’ve spotted, are organised under Benitez, though they are going to miss the impressive Jamaal Lascelles at the back.

Betting on a lack of goals may also pay off. One or both teams not to score – it has happened in 11 of the Red Devils’ last 13 – is obvious and priced accordingly.

Under 2.5 goals is more appealing at evens while the home United to win and under 3.5 goals at 10-11 might be better still.

Newcastle
Star midfielder Mikel Merino is a week away from a return. Christian Atsu and Jamaal Lascelles are also sidelined and Paul Dummett is still out.