United boss looks to be fighting another losing battle 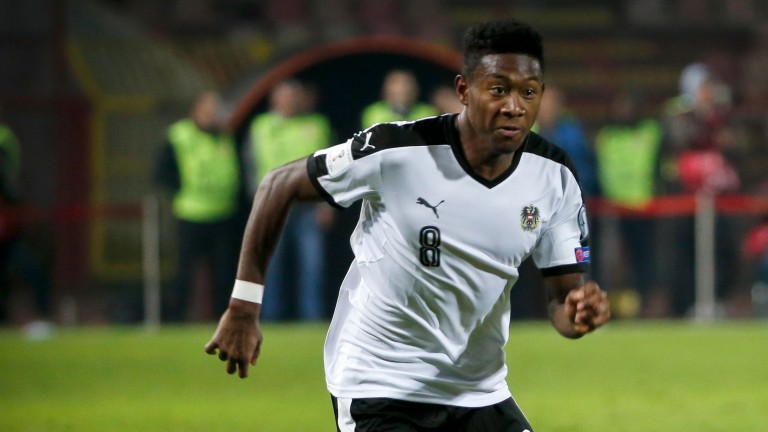 THEY brought in Jose Mourinho to bring the good times back to Old Trafford, yet this disunited Manchester United won’t win anything this season.

Effectively out of the title race already, United don’t appear to have moved on from the dark days of David Moyes or Louis van Gaal.

And the blame can lie only with Mourinho.

I said at the start of the season that United simply cannot afford to let Mourinho behave in the way he did in the latter days at Chelsea; blaming everyone but himself. But he can’t help himself and the mood in the camp must be awful.

Watching Luke Shaw against Burnley he looked a pale shadow of the player who had worked his way into the England team last season.

Henrik Mkhitaryan came on for only half an hour in Fenerbahce and I saw him make more mistakes and give the ball away more times than he did over the course of an entire season at Dortmund.

I have no doubt that it’s down to confidence and the suspicion that the manager doesn’t support them. And that’s a desperate situation for the players.

And for the manager to come out and question the commitment of Shaw and Chris Smalling and then go on to criticise the culture within the club, is unforgivable. That would never have been done during Sir Alex Ferguson’s tenure. If you’ve got things to say to team members, or indeed anyone at the club, keep it in-house.

Mourinho either needs to be the centre of attention that much that he simply cannot let a moment pass without knowing he needs to create a headline, or he’s so concerned by the form of his team that he’s making damned sure he passes the buck on to everyone but himself.

It won’t wash, though. The United hierarchy saw things done a certain way in the Ferguson era and I’m certain Mourinho would have been told that any of his Chelsea antics and he’ll be out the door.

Which makes you wonder quite how long he’s got.

The one thing he has in his favour is a stellar squad who can turn things around quickly. If Paul Pogba and Zlatan Ibrahimovic, for example, start doing what they do best, then United can string four or five wins together at the drop of a hat.

But alienating good players at a time when you need all of the squad behind you, is a dangerous path to go down.

They beat a poor Swansea last weekend but I don’t think the corner is turned, far from it.

From the start I thought Mourinho’s appointment would go spectacularly right or spectacularly wrong. No middle ground. Right now, it feels like it’s heading for the second of those two outcomes.

Austria expectations were too high

IT’S a massive day for Wales and Ireland today with their campaigns to qualify for the 2018 World Cup at an absolute tipping point.

And I reckon Martin O’Neill will be happier than Chris Coleman by the end of the night.

Ireland are in Austria while Wales are at home to Serbia – and I’d be a layer of both home sides.

Ireland look to have rediscovered their fight and grit and seven points from three games puts them in excellent shape.

Granted, they were outplayed in Serbia, but the fact that they still managed to come away with a point tells you all you need to know about their desire and appetite for the fight.

So I dare say they’ll see less of the ball than Austria but they can still avoid defeat.

I wonder if we weren’t all a bit seduced by Austria going into the Euros. Impressed by a nine-match winning streak in qualifying, a lot of punters had them down as dark horses but they ended up looking more like rabbits in the headlights.

Suddenly the mix doesn’t look so impressive after a poor Euros in France and a disappointing start to this campaign.

They still remain reliant on David Alaba while too many of their other stars – among them Aleksandr Dragovic and Julian Baumgartlinger – aren’t playing much or impressing at club level, so I think Ireland have little to fear.

As for Wales, it also appears as though they are getting found out. A breath of fresh air in the summer, people know what to expect now and this exceptionally bright Serbian outfit can ensure they avoid defeat in Cardiff.