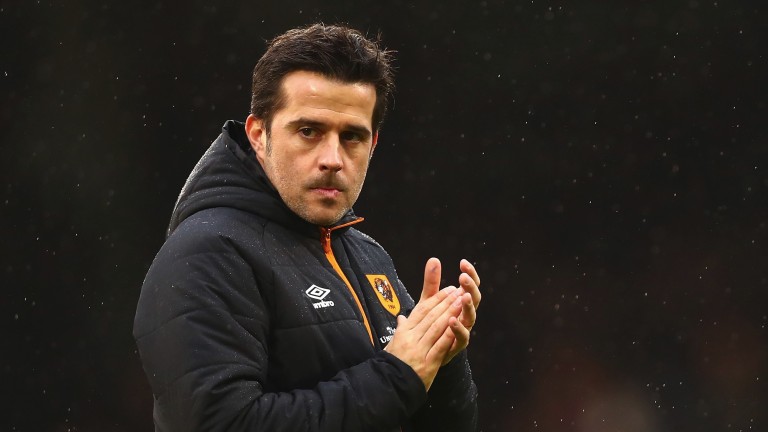 Beating Hull is a minimum requirement for Arsene Wenger if he wants to get back into Arsenal fans’ good books but it might not be as easy as it sounds.

The Frenchman, whose popularity is on the wane after back-to-back defeats by Watford and Chelsea, has wound up Gooners almost to breaking point by urging them to be as vocal as Spurs supporters.

It was a calculated swipe by the Prof and further evidence that the rift between the masses and the manager continues to grow.

The only way to help close it is with wins, preferably entertaining ones, and once upon a time Hull would have been obliging victims. Not now, however.

As Manchester United and Liverpool discovered painfully in the last week or so, Hull are fighting for their lives under new boss Marco Silva and suddenly look far tougher to beat.

Arsenal should win but probably not that comfortably and rather than chuck daft cash at the hosts at long odds-on a preferable route to riches might be backing the Gunners and under 3.5 goals at 5-4.

The under 3.5 part of the bet certainly chimes with Hull, who have been organised at the back under Silva but look chronically short of firepower.

Top scorer Robert Snodgrass is no longer at the club while the three-goal duo of Michael Dawson and Abel Hernandez have been ruled out for a few weeks.

The leading scorer at Silva’s disposal is two-goal Adama Diomande although newcomer Kamil Grosicki had found the net four times for Rennes before moving to Hull.

The Tigers have scored only six goals in 12 away matches this season, five of which came on their first four road trips.

The absence of Hernandez leaves Silva with so few options that it’s hard to see the Tigers as any sort of a threat going forward.

The question, therefore, is can they keep Arsenal to three goals or fewer? On the evidence of the 0-0 draw at Old Trafford and 2-0 win against Liverpool, there is every chance.

Arsenal were poor against Watford and Chelsea, games which coincided with Granit Xhaka’s suspension. He’s still out, as is Aaron Ramsey, and it was clear from last Saturday’s square-pegs-and-round-holes policy that Alex Oxlade-Chamberlain is no Patrick Vieira.

Arsenal boast bags of power and panache when they are in the mood, but the arrival of Italy international Andrea Ranocchia and the return from Gabon of Mohamed Elmohamady makes an already decent Hull defensive unit look even stronger.

Click here to bet on the match at soccerbase.com

Hull Michael Dawson and Abel Hernandez will be out for several weeks. Curtis Davies, Ryan Mason, Will Keane. Markus Henriksen and Moses Odubajo were already out. But Lazar Markovic and Ahmed Elmohamady are available again.

Key stat
Hull have scored just one goal in their last eight Premier League away games.