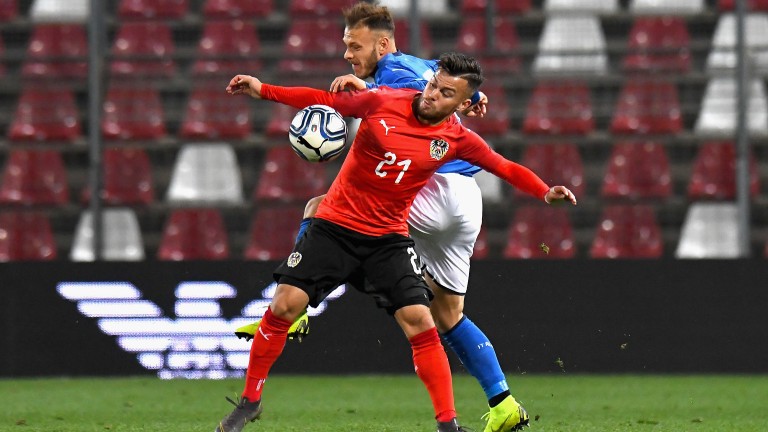 Denmark's semi-final qualification hopes hang by a thread after their 3-1 loss to Germany on Monday and they could officially end with a defeat to Austria in Udine.

The Austrians had to go through the playoffs in qualification and were written off as 100-1 no-hopers at the start of the tournament.

But they have shortened to 33-1 after goals from Hannes Wolf and Sascha Horvath sealed an impressive 2-0 victory over Serbia on Monday.

They did not face any shots on target against the Serbs, who had Real Madrid's Luka Jovic up front, and look capable of doing a job on the Danes, who are under pressure after being well beaten by Germany in their opening match.

Germany cruised to a 3-1 victory over Denmark in their European Championship finals opener and can take another stride towards the semi-finals by defeating Serbia in Trieste.

The contest looks a win-or-bust scenario for the Serbs, who are in trouble after losing 2-0 to Austria on Monday.

Serbia impressed in qualifying, with star striker Luka Jovic scoring seven goals, and had high hopes of giving Germany a run for their money in Group B.

But they could have no complaints over the result against unfancied Austria and finished the game without defender Vukasin Jovanovic, who was sent off in the 75th minute.

Without Jovanovic, who is one of their most experienced players with 24 caps, they will be weaker at the back, but there is the strong possibility of scoring a consolation goal if Jovic brings his A-game to the table.