Unbeaten record is under threat 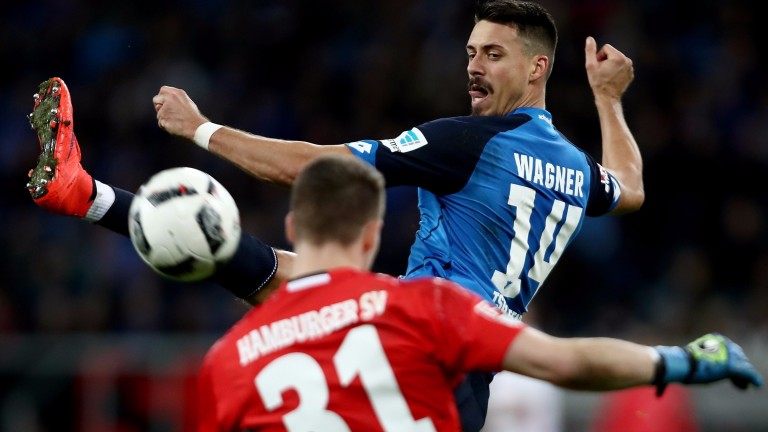 Bundesliga
BT Sport 3, 7.30pm
Hoffenheim are one of two Bundesliga teams to remain unbeaten this season but that may end at fifth-placed Eintracht Frankfurt, who are level on points with them.

Hoffenheim haven’t kept a clean sheet in their last three away games and Eintracht, buoyed by a 2-1 victory over Borussia Dortmund, could take advantage of any errors.