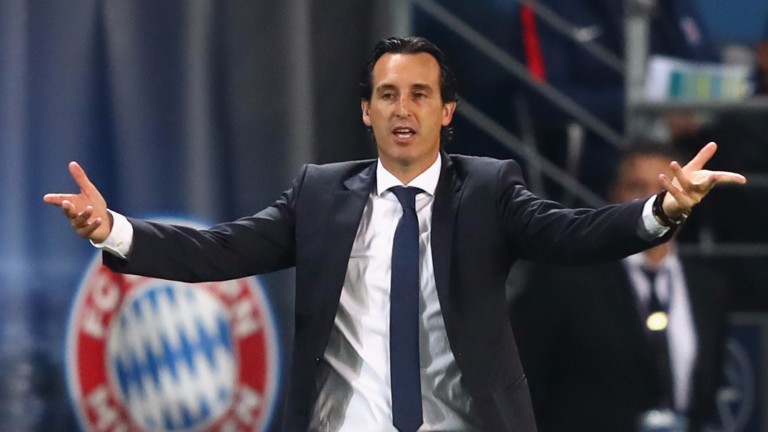 Arsenal have confirmed the appointment of Unai Emery as their new manager and the Spaniard is 25-1 to win the Premier League in his first season in England.

A more realistic target for the former Sevilla and PSG coach is a top-four finish and the Gunners, sixth in 2017-18, are 9-4 with Hills to make the Champions League places next term.

Betway go 8-11 that Emery sees out his three-year contract in north London, while punters who are more pessimistic about Arsene Wenger's successor can get 4-1 with Hills that he leaves before the end of his first season.

Emery is 9-2 with Betway to win the league title at any point in his Arsenal career and Hills make him 7-1 to claim the 2018-19 Europa League – a trophy he lifted three seasons running with Sevilla.

The coach left PSG after winning a domestic treble but bookmakers aren't expecting that silverware glut to continue at the Emirates.

Arsenal are 4-9 with Betway not to win a trophy next season and Hills make them 8-1 to win the League Cup and 9-1 for the FA Cup in Emery's first campaign.