Tyrone too tempting to turn down in open league 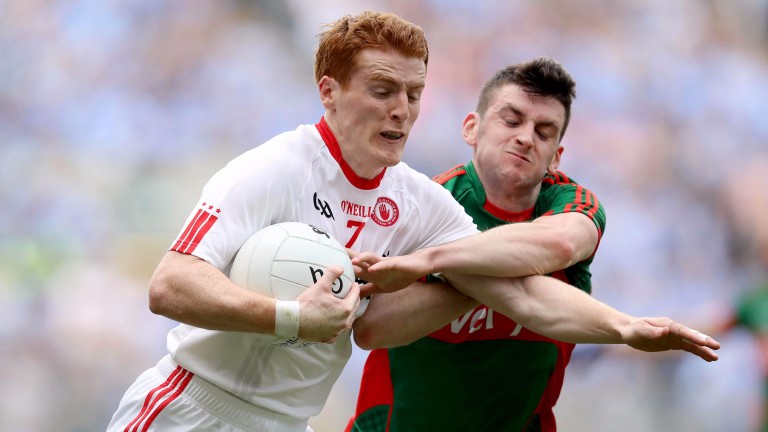 Would you rather back Dublin at odds-on to win Division 1 of the league or at evens to defend their All-Ireland title? One price seems about right, the other could prove to be completely wrong.

Jim Gavin's charges are so much slicker in the summer and have looked vulnerable in spring so quotes of 4-5 or 5-6 for them to regain their league title do not make any appeal at all. Don't forget they drew with Tyrone, Donegal and Kerry in the group stages last year and could easily have lost all three of those.

Even when they did stumble into the decider, they were outplayed for long periods of the final against Kerry. It has been raw ability rather than a grand masterplan which has seen them dominate Division 1 for so long.

There is no doubt that Dublin are still the likeliest winners but their odds do not reflect their chances of success.

Kerry will surely use the league to blood their endless supply of young stars. David Clifford might be ready for the step up to the senior stage but not all teenagers have his physique and it could take a while for the youngsters to get their bearings.

Mayo always just about manage to keep their heads above water in Division 1 and there is no way Stephen Rochford has a league title at the top of his list of priorities in 2018. There is one thing and one thing only on his list.

Kildare and Galway are not good enough to win Division 1 and will benefit from being back in the big time over the next few months. Donegal are on the slide and look a pale shadow of the side who won the All-Ireland.

That leaves us with Tyrone. We last saw them being destroyed by Dublin and Sean Cavanagh has retired so why should 2018 be any different from 2017?

There are a few reasons for optimism, however. Mickey Harte has stayed on. Some say that is a negative but it is most certainly a positive when it comes to the league as he knows each and every one of his players inside out and will not experiment in the same way as others managers in the division.

They looked lean and fit in the McKenna Cup and begin their campaign with a clash against Galway who are without their Corofin contingent. That should get two points on the board straight away and plenty of defences will struggle to cope with the pace and power of nippy forwards Niall Sludden and Darren McCurry.

Don't forget that Tyrone strolled through the Ulster championship last year and they have a year in Division 1 under their belt having won Division 2 in 2016.

This could be the year when Tyrone show what they are made of and with so many question marks over most of their rivals, odds of 15-2 about them taking the title are worth taking. Harte is coming towards the end of his cycle and silverware is becoming paramount.

Division 2 is wide open but surely Roscommon are overpriced at 7-2.

They are Connacht champions and were a few seconds away from knocking Mayo out of the All-Ireland championship. Kevin McStay has a rapport with the players and a Division 1 title would be the perfect way to start their year.

They held their own against some of the top teams in Division 1 last term and this drop in class should do them the world of good. Division 2 has never looked so poor and an improving Roscommon team should be able to exploit that.

Armagh are all the rage to win Division 3 but with Rory Gallagher now at the helm, Fermanagh should not be 7-1. That looks far too juicy.