Tyrone should prove too classy for Donegal 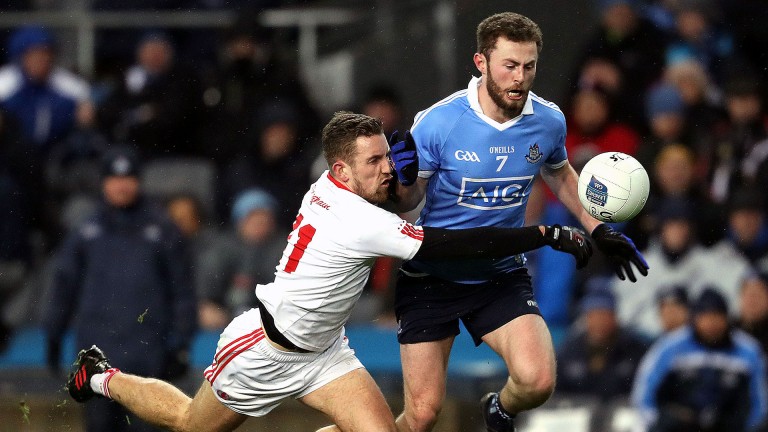 Tyrone can repeat last year's Ulster success over Donegal and announce themselves as serious All-Ireland contenders in the process.

Derry are no whipping boys, especially at home in Celtic Park, yet Tyrone went there and destroyed them last month. They exploded from the traps, scored some cracking points and dictated the pace of the game from start to finish. The doubters will argue that they failed to create goal chances but they didn't need to. They were able to keep the scoreboard ticking over with easy points and that did them just fine.

This is a better Tyrone team than the one who recorded a 0-13 to 0-11 win over Donegal in last year's provincial decider. Conal McCann, who scored two points and was voted man of the match in the Derry game, has been a real find at midfield and Niall Sludden has developed into a dangerous half-forward with incredible pace.

Donegal have not improved as much as Tyrone. They still rely on Michael Murphy too much and have yet to find a carbon copy of Colm McFadden. Tyrone don't have a marquee forward of the calibre of Murphy but they have is a spread of scorers capable of racking up a match-winning tally.

Most pundits have presumed that Donegal have not been impeded by their recent retirements but today could be the occasion where they are found out.

There were only 24 points in total when two sides locked horns in last year's Ulster final but it could be more open this time and it is hard to resist the 9-4 bet365 are offering about 32 or more total points. It could be more open than most people seem to think as Donegal are not as defensive as they were under Jim McGuinness.

The other provincial semi-final is in Connacht where Roscommon and Leitrim do battle for a date with Galway in the decider.

Roscommon should win, but it might not be as straightforward as the betting suggests. Leitrim can be backed at evens with an eight-point handicap and they should be able to keep closer to their opponents than that.

They have some talented Under-21s in their side and have a game under their belts. Roscommon are going into the match cold after relegation from Division 1. They are not a confident camp right now and could get a fright.

Leitrim need to start well and odds of 7-1 about them leading at half-time are worth taking.