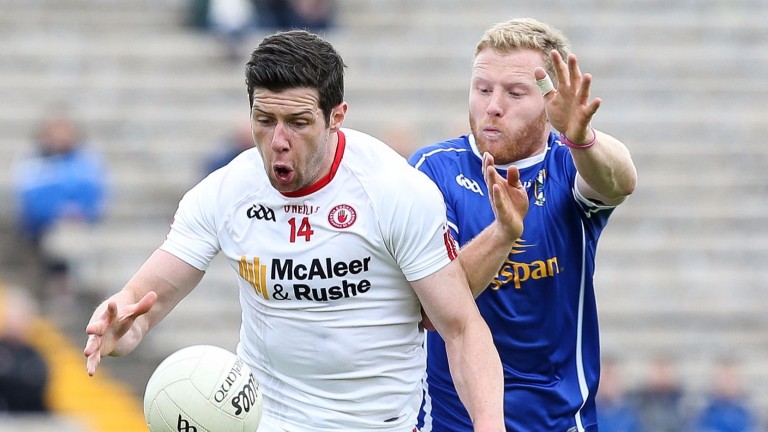 1 Tyrone are genuine All-Ireland contenders
Tyrone are title contenders on the basis of last Sunday's stroll around Celtic Park, which was a serious statement of intent from Mickey Harte's men. Conall McCann looks a real find at midfield and his partnership with Colm Cavanagh looks exciting.

For all that Tyrone's attack has been criticised, they scored 0-21 with nine different players getting on the scoresheet. Lee Brennan looks a star too and expect him to have a big impact in the coming months.

2 Rebels are in real trouble
Those thinking that Carlow's win over Wexford would be the biggest shock of the summer got a further surprise a week later when Waterford went agonisingly close to bettering it against Cork. What a pity they did not get over the line.

Cork are in deep trouble and the fact that they could not break down a Waterford side who finished third from bottom in Division 3 of the league is almost laughable. It took the experienced Paul Kerrigan and Donncha O'Connor to drag them out of a huge hole. It seems they will struggle to make any sort of impact in 2017.

3 Whizz-kid Whelan is a serious talent
There were a whole host of top-notch performers from Galway last Sunday but Conor Whelan was the best of the bunch. His direct approach caused the Dublin defence all sorts of problems and they could never deal with his pace and guile.

Whelan was awarded the man-of-the-match award and it's a surprise that there is still some 9-4 available about him for Young Hurler of the Year. Sunday's display means that he is already in front in that race.

4 Derry in the doldrums
For the second year on the trot, Derry were beaten by 11 points by Tyrone. Both of those game were on their home patch in Celtic Park and it is hard to envisage the Oak Leafers having any sort of impact in the qualifiers.

Damien Barton has yet to find a system that suits his players and they are not moving the ball swiftly enough from defence to attack. Nor are they giving enough cover to their full-back line. The next couple of months could be bleak.

5 Wexford will frighten the Cats
Those who thought that Wexford peaked in the spring with shock wins over Galway, Limerick and Kilkenny might have to think again as Davy Fitzgerald's charges swatted away Laois with the minimum of fuss and a scoreline of 3-25 to 1-17.

They are more than ready for a Leinster semi-final showdown with the Cats and, given that they will have home advantage at Wexford Park, surely 11-4 does not truly reflect the chances of an upset.