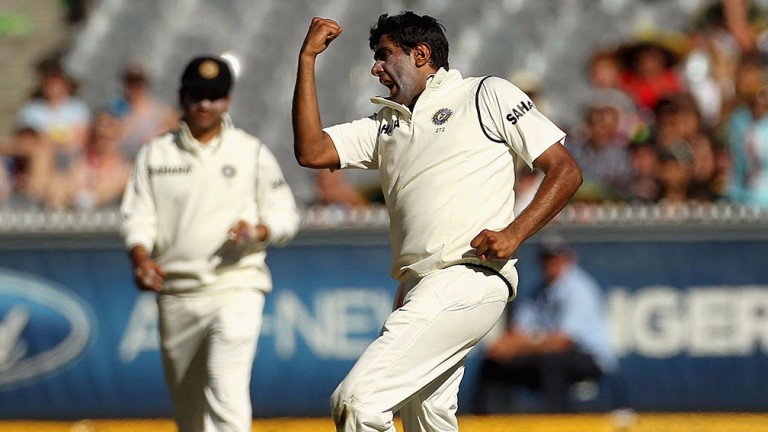 Five-Test series
starts Sky Sports 2, 4am on Wednesday
England stumbled to a 1-1 draw in their two-Test series in Bangladesh and Alastair Cook’s side have been dismissed as 12-1 outsiders for the gruelling five-match contest against India.

Those odds reflect not only the dominance of home teams in modern Test cricket but also England’s vulnerability against high-class spin bowling.

Their batsmen were tormented by Bangladeshi teenager Mehedi Hasan, who took 19 wickets in his first two Test appearances.

Now they face the number one bowler in the ICC rankings, Ravichandran Ashwin, and India’s agreement to use DRS for the first time will only increase Ashwin’s menace. The off-spinner is just 4-9 to India’s leading wicket-taker in the series and, ominously for England, he produced a career-best performance to seal a 3-0 win over New Zealand in October.

His 13 wickets in the third Test in Indore took his tally to 58 in his last two home series, against the Kiwis and South Africa last year.

The Proteas’ struggles in 2015 also help explain why bookmakers are offering no bigger than 1-6 about India winning the series.

They avoided a 4-0 whitewash only thanks to four days of rain in Bangalore and pessimistic English pundits have been talking up the possibility of a 5-0 India rout.

That scoreline is a 4-1 chance, having been 9-1 with Sky Bet before England lost ten wickets for 64 runs to hand Bangladesh victory in Dhaka last month.

A comfortable home win is probably on the cards but England are capable of getting a victory on the board. Alastair Cook and Joe Root lay a top-class foundation for a dynamic batting line-up including Ben Stokes, Jonny Bairstow, Ben Duckett and, possibly, Jos Buttler.

They bat deeper than India – Chris Woakes and Adil Rashid put on 99 for the ninth wicket in Dhaka – and their bowlers ruthlessly disposed of the Bangladesh tail in all four innings of the series.

England require another batting reshuffle. Gary Ballance has done little to justify his baffling recall but India are missing injured batsmen Shikhar Dhawan and Lokesh Rahul for the start of the series and Rohit Sharma (thigh) for all five Tests.

The hosts still have plenty of batting talent, led by brilliant skipper Virat Kohli, although Ajinkya Rahane could be better value to top-score.

Rahane scored centuries in both innings in the final Test against South Africa last year – a superb effort given that only two other players reached 50 in the match.

His 188 against New Zealand in the third Test in Indore was the highest score of his career and with eight centuries and nine fifties in just 29 appearances, the unflappable right-hander could be a thorn in England’s side.

Rotation is bound to be an issue given the demands of five Tests in six weeks so stakes should be kept modest in the individual series markets.

Moeen Ali’s all-round ability boosts his chances of playing all five games. Fellow spinners Gareth Batty and Zafar Ansari appeared in one Test apiece in Bangladesh and this series is a major test of leg-spinner Rashid’s stamina and consistency.

Moeen struggled at times in the Bangladesh series but took 5-57 in the first innings of the second Test to finish with a respectable 11 scalps from two matches.

He will inevitably suffer in comparison to Ashwin’s wiles and Ravindra Jadeja’s control but he took 19 wickets in five home Tests against India in 2014 and could chip away on subcontinental pitches.

England struggled in the face of Bangladesh’s spinners in their recent drawn Test series and another trial by spin awaits the Three Lions in India, writes Matthew Ireland.

In Ravichandran Ashwin India boast the world’s premier spin bowler. Ashwin has taken a mammoth 58 wickets in his last two home Test series and Sporting Index believe he will have a big say in the five-match series which begins in Rajkot tomorrow.

Sporting have pitched Ashwin’s series bowling index in at
370-390 – the highest of any bowler – with ten points awarded for a wicket and a bonus 25 for a five-wicket haul in an innings.

England are expected to persevere with three-pronged spin attack of their own on the sub-continent of which Moeen Ali has looked the most dangerous bowler.

Given his batting talents, Ali is likely to play all five Tests and his bowling index may be worth a buy to small stakes at 190.

Ali took 19 wickets – including a five-for – when the sides met in England in 2014 and should give a good account of himself on the turning wickets that are likely to be prepared throughout the series.