Turner may hold the key to Scorchers success

All-rounder can play a starring role 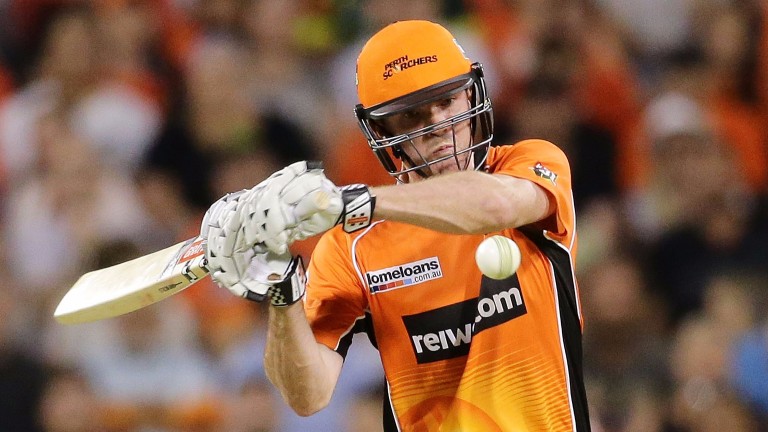 Ashton Turner is action against the Sydney Thunder
Will Russell
1 of 1
By James Milton 7:00PM, JAN 9 2017

Brisbane Heat have enjoyed a terrific start to the Big Bash season but without star batsman Chris Lynn they are outsiders against Perth Scorchers.

Lynn, part of Australia's squad for the ODIs against Pakistan, has hit 26 sixes in five innings, propelling the Heat to four wins out of five and gaining a hashtag in his honour – #Lynnsanity.

The Scorchers are missing Mitchell Marsh, also on Australia duty, and the injured Adam Voges so all-rounder Ashton Turner has an important role to play.

Some impressive cameo innings – most notably an unbeaten 44 off 19 balls against the Strikers – earned Turner a promotion up the order and he has solid batting pedigree, with two centuries in his last three first-class games for Western Australia before the start of the Twenty20 competition.