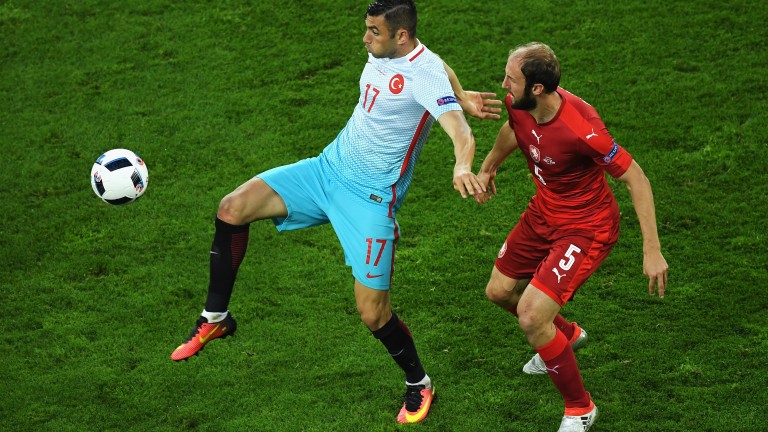 Last week's 2-0 defeat against league leaders Galatasaray has severely dented Besiktas's Turkish Super Lig hopes but they should get back on track with a home win over Alanyaspor.

The hosts trail their bitter rivals Gala by seven points but, with the leaders set to play second-placed Istanbul Basaksehir next week, a victory has the potential to propel Senol Gunes's team right back into the title battle.

Opponents Alanyaspor have had success on the pitch this season but suffered tragedy off the field.

They are on the verge of a top-half finish in only their third season in the Turkish top flight but this campaign will be remembered chiefly for the traffic accident that resulted in the death of Czech striker Josef Sural on April 28.

Sural and six of his teammates, including former Premier League players Steven Caulker and Papiss Cisse, were travelling back from a fixture against Kayserispor when their bus crashed on the outskirts of Alanya.

While the other players involved were not seriously injured, they have had to cope with the loss of a teammate and it was no surprise to see them beaten 4-2 against Konyaspor in an emotional first game since Sural's death.

They will be playing to honour their departed colleague but, on the pitch, Besiktas look likely to have their measure.

The Black Eagles have a squad packed with talent and experience. Much-maligned Liverpool loanee Loris Karius has had a good season in goal, while Croatia international Domagoj Vida and Chilean hard man Gary Medel add plenty of bite to the defence and midfield.

Gunes can look to big names Ricardo Quaresma, Shinji Kagawa and Adem Ljajic to provide quality going forward while Burak Yilmaz has been a revelation since rejoining the club in January.

The Turkish striker was an unpopular signing with the supporters, who described him as a "cheat", but he has answered his critics with 11 goals from 13 matches. He could open the scoring.