Gobble up the Turkey value on Thomas Pieters 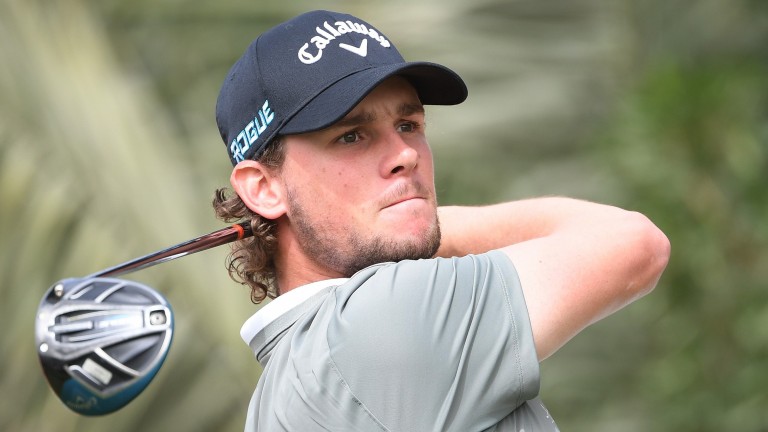 Thomas Pieters has been full of composure in recent months
Getty Images
1 of 1
By Steve Palmer UPDATED 5:21PM, NOV 5 2019

Golf tips, best bets and player analysis for the Turkish Airlines Open at the Montgomerie Maxx Course on the European Tour.

Live on Sky Sports Golf from 9am Thursday

The European Tour takes centre stage this week, with the PGA Tour having a short break, and the opening event of the Final Series – the Turkish Airlines Open – could go a long way to deciding the winner of the Race to Dubai.

Bernd Wiesberger and Shane Lowry, first and third in the Race to Dubai standings, are at the Montgomerie Maxx Course in Turkey, looking to kick clear of second-placed Jon Rahm, who does not intend to return to action until the DP World Tour Championship finale.

Wiesberger has entered next week's Nedbank Challenge, but Lowry has not, so the Austrian giant is doing all he can to become European number one. Justin Rose, who has won the last two Turkish Airlines Opens, is clear favourite as he bids for a hat-trick.

Rose can boast form figures of 1-3-1-1 in Turkey, having won the Turkish Airlines World Golf Final in 2013 and the last two editions of this tournament at different Antalya tracks, and his third place came at the Montgomerie Maxx being used this week.

The market leader takes a strong CV into action, but recent Rose efforts have been underwhelming, and the former world number one must be starting to question his decision to make an equipment switch at the start of the year. After an immediate success at Torrey Pines, his iron play has become well below his usual standard, and much of the tee-to-green solidity which made him such a force has disappeared.

At five times the price of Rose, who worsened during the HSBC Champions last week (69, 70, 71, 73) to finish 28th, resurgent Belgian Thomas Pieters makes much greater appeal. The former Ryder Cup star has improved his attitude in recent months, exuding a new calm, and this fresh approach can yield a fifth European Tour title on Sunday.

Pieters got back to winning ways in the Czech Masters in the middle of August, reaching 19 under par on a course which, like the one being employed in Turkey this week, sets up perfectly for attacking big-hitters to make merry.

He made 22 birdies and an eagle in Prague, but it was his performance on the 15th hole of a tight final round which illustrated the maturity which has been added to the make-up of the 27-year-old. Wind blew his drive into an awful lie in tall grass and the old Pieters would have angrily attempted a dangerous hack at the green. The more measured operator who has emerged this term took a penalty drop and fired his third shot at the flag, made par, and went on to win by a shot.

Pieters followed up his Czech success with solid form figures of 12-20-10-37, before 68th place in the Italian Open, a tight track unsuited to his game. He started that week with a gruelling 500-ball par-three challenge for the European Tour, unsuccessfully attempting to get a hole-in-one, so fatigue may have contributed to the third-round 79 which dropped him to last place. Playing alone in round four, he completed his round in one hour and 59 minutes, sprinting up the final hole to card a 71.

After that crazy week in Italy, Pieters finished strongly for 26th place in the French Open, and this week for the first time in two months he will tackle a layout which looks ideal for him. The Montgomerie Maxx has five par-fives, all of which Pieters should destroy if his driver clicks into gear like it did in Prague, and he finished 26th on his only previous visit in 2015. He has followed up with results of 11-18 at Regnum Carya and the sunny, calm Turkish weather will allow him to swing freely and aggressively.

His compatriot and great pal Nicolas Colsaerts won the French Open last month to provide added inspiration, and failing to qualify for the HSBC in China could prove a blessing in disguise, freshening Pieters up nicely for Turkey. This class act, a World Cup winner last year, has stabilised his career and should enjoy a glorious future.

The five par-fives at the Montgomerie Maxx should also have Erik van Rooyen licking his lips. Van Rooyen possesses the power to set up numerous eagle opportunities and the South African has putted better than ever this season.

The 29-year-old claimed a maiden European Tour triumph in the Scandinavian Invitation at the end of August, fending off a strong challenge from Matt Fitzpatrick, and has played some great golf since getting the monkey off his back. Three top-15 finishes have followed and aside from a mad Dunhill Links (77, 71, 64) and a missed cut on the mark in Paris (where he has never made the cut), Van Rooyen has been cementing himself as one of the European Tour elite.

Eighth place in the US PGA in May underlined the improvements in Van Rooyen and victory in Final Series company seems well within his compass now that he has transitioned from regular nearly-man to Tour champion.

Van Rooyen and the other South Africans in the field will be full of beans after their Rugby World Cup success on Saturday. For George Coetzee, it was a perfect weekend – as well as enjoying the rugby, he won the Vodacom Origins Final on the Sunshine Tour, opening with a 61 and cruising to a three-shot triumph.

Coetzee had been threatening European Tour glory prior to heading home – third place in Paris was followed by 14th spot in Portugal – and his A-game has appeared at an opportune time. The slugger typically putts extremely well and is an excellent fit for the Montgomerie Maxx, where he tied for 12th spot in 2013, so expect a bold bid for a fifth European Tour victory.

Thomas Detry
The Belgian youngster, third in this event last year and eighth in Paris last time out, is the most difficult to leave out of the staking plan. A maiden, though, has not won a Final Series event since 2015, so the occasion may prove too much.

Kurt Kitayama
The power-packed and in-form American is well equipped to follow Brooks Koepka on to the Montgomerie Maxx honours board. He should go close, but may get pipped by better putters.

Guido Migliozzi
Like Kitayama, Migliozzi has the tee-to-green skills to flourish at Montgomerie Maxx, but may not hole enough putts to reach the super-low total required for victory.

Haotong Li
The Chinese star let a golden winning chance slip at Regnum Carya 12 months ago, buckling on the final green. Montgomerie Maxx is a similar assignment and he should contend again.

Lucas Bjerregaard
The big-hitting Dane, who typically putts well, has the tools to tame this track, but has been inconsistent recently, highlighted by a 67-77 effort to miss the cut in Portugal last time out.

Romain Langasque
Victor Dubuisson has won two of the three Turkish Airlines Opens at the Montgomerie Maxx and Langasque, a Frenchman of a similar ilk, could follow the lead.

When to bet By 7.05am Thursday

When to watch Live on Sky Sports Golf from 9am Thursday

Course overview The 2013 Turkish Airlines Open was the first European Tour event to be staged in Turkey. A mega-bucks invitational matchplay gathering (Turkish Airlines World Golf Final) took place at Antalya Golf Club (The Sultan) in 2012, with Justin Rose beating Lee Westwood in the final, before the Tour got involved. The Turkish Airlines Open immediately became part of the Tour's Final Series in 2013. Course-form students have three years of action at the Montgomerie Maxx to work with – the 2013, 2014 and 2015 editions. The Regnum Carya Course was used from 2016 to last year. Montgomerie Maxx is located on Turkey's stunning Mediterranean coastline, with views of the surrounding Taurus mountains, and designed by the great Colin Montgomerie. It runs through a pine forest, so fairways are tree-lined as well as undulating. Countless bunkers and waste areas surround the cut and prepared too. Water is in play from the fourth to the ninth, then again on 14 and 18. The greens are immaculate. There are five par-fives (all between 558 and 576 yards) and five par-threes. Three of the par-fours are sub-400 yards, but the 482-yard sixth and the 490-yard 12th provide plenty of bite

Story of last year Justin Rose beat Haotong Li in a playoff at the Regnum Carya Course, the Chinaman enduring putting nightmares on the 18th green to blow his chance.

Weather forecast Sunny and warm, with no breeze, so scoring should be extremely low

Type of player suited to the challenge There is plenty of water at this venue, but winning scores of 24, 17 and 22 under par in the three events staged there speak volumes. Five reachable par-fives mean the big-hitters can make hay and victories for Victor Dubuisson (twice) and Brooks Koepka indicate punters should be favouring attacking powerhouses, especially given the benign weather forecast