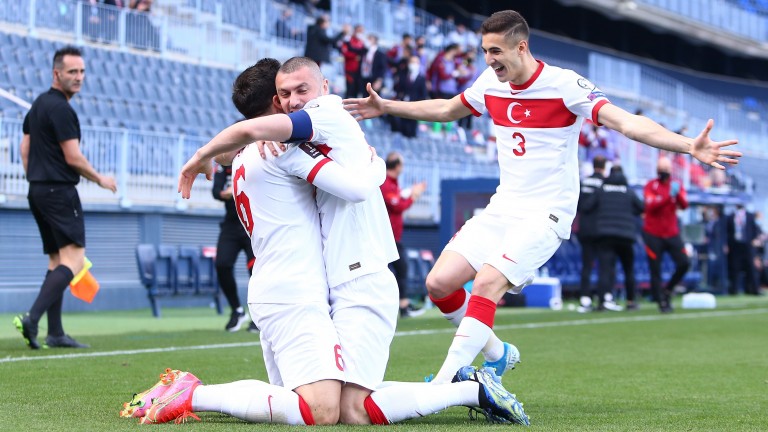 Second-guessing which Turkey turns up to the Euros is half the challenge because the boys from the Bosphorus are the personification of a Jekyll-and-Hyde team.

If we get the outfit who took four points off France in qualifying and kicked off their current World Cup campaign with handsome wins over Netherlands and Norway, then the Turks are a threat.

But if we get the other Turkey, the Turkey beaten home and away by Hungary to sink into Nations League C where they will enter a draw with the likes of Gibraltar and the Faroes, they can be summarily written off.

The Turkey who kept eight clean sheets in ten qualifiers, or the Turkey who between October and March played nine internationals and conceded at least two goals in seven of them.

One thing we do know for sure is that they are in the capable hands of a man who can get the very best out of any group. Senol Gunes is 69 and a hero in Turkey for guiding the national team to third place at the 2002 World Cup when he was first in charge.

He was drafted back after his predecessors could not get them to the last World Cup and has improved them having made wholesale changes – when he announced his pre-finals group of 30, just three names from Euro 2016 were included.

Gunes is blessed in obvious areas. Caglar Soyuncu and Juventus' Merih Derimal at centre-back with Ozan Kabak as back-up should be solid. Okay Yokuslu is the obvious candidate to anchor a diamond fronted by Milan's enigmatic schemer Hakan Calhanoglu. The left side of defence would be a worry with Umut Meras, who plays in Ligue 2, pencilled in for that role.

Burak Yilmaz, one of three of Lille's Ligue 1-winning team to call upon, has enjoyed a phenomenal season, scoring 22 in total for club and country. Cengiz Under, Kenan Karaman and Yilmaz's Lille colleague Yusuf Yazici are candidates for the wide roles.

They are entertaining – those nine matches over the last season produced 40 goals – but if they are leaking more than they score, the fun won't last long.

Manager - Senol Gunes: They say never go back, and while 69-year-old Gunes will do well to replicate the third place he achieved at the 2002 World Cup, his second stint in charge of Turkey is certainly going well. He has unified the squad after Mircea Lucescu failed to qualify for Russia 2018.

Prospects: This is a squad full of confidence who can score goals and on their day can defend well. However, neither facet of the game comes with any guarantees and that’s why the enigmatic Turks could be anything. They have the talent (but would need the draw) to make the last eight.

Inside info - Jonathan Wilson, European football expert: Senol Gunes is a really good, progressive coach and Turkey have the potential to surprise. Whereas Fatih Terim was all about guts and leaders this group is more advanced and Turkey could be one the more attractive teams to watch at the Euros.