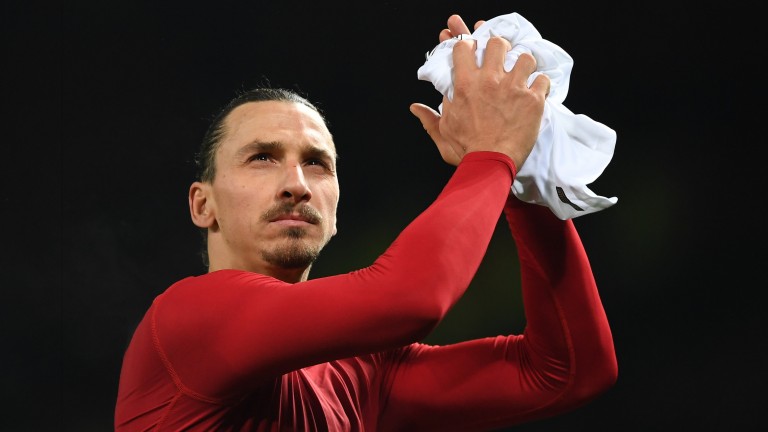 Ronald Koeman has had issues with his red Christmas tree this week and now the Red Devils can cause the Everton manager more problems when Manchester United visit Goodison Park.

The Toffees faithful, already unhappy over a run of one win in nine, turned on Koeman for tweeting a picture of his festive decorations that were in the colours of rivals Liverpool, and such was the anger that he posted a picture of a different tree in a more acceptable white and gold.

If Koeman was winning matches he could have a tree with Steven Gerrard mocked up as the angel on top and the Everton punters would not mind but the simple fact is his team have been awful for weeks.

Everton came flying out of the traps, winning five and drawing one of their opening six matches, but since an EFL Cup defeat at home to Norwich they have produced a number of turgid performances.

The 5-0 thrashing at Chelsea was awful but so too was the 1-0 loss at Southampton last week when Charlie Austin's first-minute goal was the least Saints deserved from a dominant display.

They've lost at Burnley, drawn at home with Crystal Palace and Swansea and although they earned a point at Manchester City, that owed much to the hosts missing two penalties on a rare good day for Everton keeper Maarten Stekelenburg.

Everton are unbeaten at Goodison Park in the Premier League this term and the table says they are only one point inferior to United but come the final standings that gulf is likely to be much greater.

The Merseysiders have played only one home game against a team who started the weekend in the top half (a 1-1 draw with Tottenham on the opening day) and Koeman's veterans are already beginning to feel the pace.

Everton's starting 11 had an average age of over 29 last week and if seven-goal Romelu Lukaku fails to deliver it is difficult to see where the goals will come from.

United kept a clean sheet on their last visit to Merseyside - a 0-0 draw at Liverpool - and another decent defensive display can lay the foundations for maximum points.

Jose Mourinho's men have won only five league games but they have faced some inspired goalkeeping against West Ham, Burnley and Stoke, while Arsenal rode their luck to grab a 1-1 draw in Manchester.

The feeling was that somebody would get a hiding soon and West Ham were hammered 4-1 on Wednesday as United progressed through to the EFL semi-finals where Hull await in a two-legged tie.

Wembley is on the horizon for Mourinho and a team who have looked much better balanced in recent weeks. Zlatan Ibrahimovic is in decent nick with five goals in his last four appearances  and he and his teammates can begin the job of launching a Premier League recovery mission.

Man Utd
Wayne Rooney is suspended against his former club but Marouane Fellaini and Paul Pogba return from bans. Luke Shaw is doubtful, while Eric Bailly and Chris Smalling are injured.