Turbo Terry should cruise against Cruz

But value may be on the scorecards 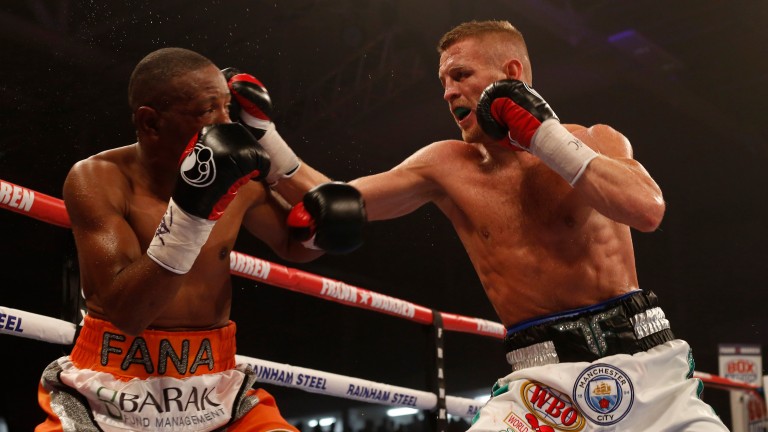 Flanagan towers over Cruz, who is moving up to lightweight from super-feather, while the challenger has four defeats on his record and has been stopped three times. Flanaghan is undefeated, winning all of his 31 contests.

But Cruz, who will make history by being the first openly-gay boxer to fight for a world title, has won his last five fights and has plenty of experience.

He has form over 12 rounds, and Flanagan’s record of 12 KO from 31 isn’t the greatest. His last two defences have gone the distance, so 7-2 that this one also goes to the scorecards looks worth taking.

Later in Las Vegas Vasyl Lomachenko – who was regarded as one of the best amateurs in history – is 1-6 to hold on to his WBO World super-featherweight title against Nicolas Walters.

Fast tracked, Lomachenko won the title in just his third pro fight after losing a challenge for the same belt three months earlier.

He has won his last five, but Walters is a highly-creditabe opponent who is undefeated and is capable of causing Lomachenko problems and at 11-2 he is worth backing to cause a huge upset.

At Wembley Arena, Ohara Davies is 1-3 to retain the WBC Silver super-lightweight title against Andrea Scarpa, while on the undercard Ireland’s Katie Taylor is 1-100 to win on her pro debut.