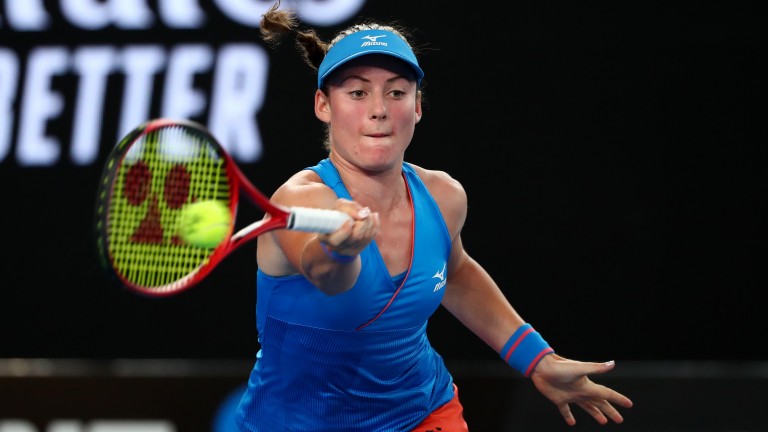 Tamara Zidansek may be made to toil by Irina Khromacheva in Bogota
Michael Dodge
1 of 1
By Adrian Humphries UPDATED 1:53PM, APR 9 2019

Tamara Zidansek has made a decent impression on the WTA Tour this season, but she looks short giving up 4.5 games on the handicap against Copa Colsanitas first-round foe Irina Khromacheva.

Zidansek is ranked 67th after reaching the semi-finals on the Hua Hin hard courts in Thailand in early February. But that wasn't a high-quality event and while the Slovenian should be fairly comfortable on the Bogota clay, she may still be overrated by the oddsmakers.

There were high hopes for Khromacheva as a youngster and she was tutored by Justine Henin as a teenager.

It hasn't really happened for the Muscovite left-hander, who is now 23, but she reached an ITF final in Tasmania in early February so there’s still plenty of time to make a name for herself.

Recent losses to former world number two Vera Zvonareva in Indian Wells and Jessica Pegula in Charleston are understandable, but Khromacheva may be ready to go again in Colombia.

BT Sport 3 have live coverage of the WTA Samsung Open in Lugano from 9.30am and the US Clay Court Championship is being shown on Amazon Prime from 9pm.