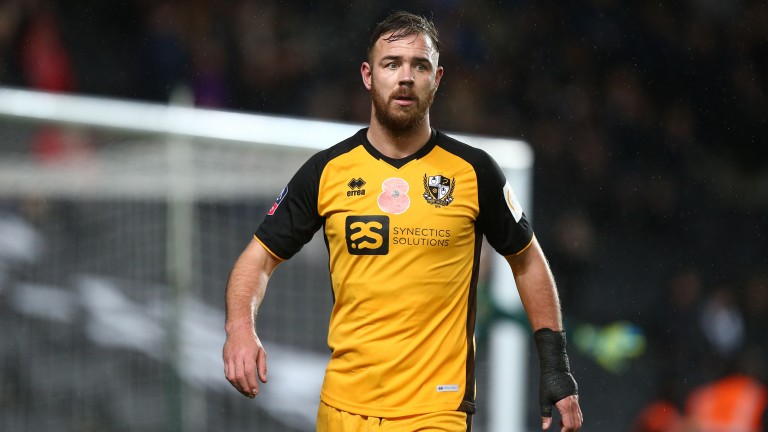 Port Vale were one of five sides to reach the EFL Trophy knockout stage by winning all three of their group games inside 90 minutes and they can keep the trend going at home to Sky Bet League Two rivals Mansfield.

Vale, who topped Group D in the Northern Section thanks to wins over Shrewsbury, Macclesfield and Newcastle U21s, tend to go well in this competition and last season they enjoyed a run to the quarter-finals.

There are few teams in the Football League in such good nick as Vale, who have won five of their last six games in all competitions, and manager John Askey is keen for the feel-good factor around the club to continue after Saturday’s 3-1 FA Cup success at Cheltenham.

That should ensure Vale field a full-strength side despite the quick turnaround and they can outclass a Mansfield team who find themselves seven points worse off in the fourth tier.

It has been a stop-start season for the Stags and they travel to Burslem, where Port Vale are unbeaten in ten, having failed to score in three consecutive away games.

Colchester beat Stevenage 3-1 at home in Sky Bet League Two in October and they can double the dose when the pair lock horns in the knockout stages of the EFL Trophy Southern Section.

Goals have been particularly hard to come by for Stevenage, who have failed to score in eight of their 12 away games this season.

Boro are 13 points inferior to Colchester in the basement and the gulf in class could be evident in Essex, where the U's claimed the scalp of League One highflyers Ipswich in the group stage.