Tuesday's Champions League predictions: Get on goals in Amsterdam 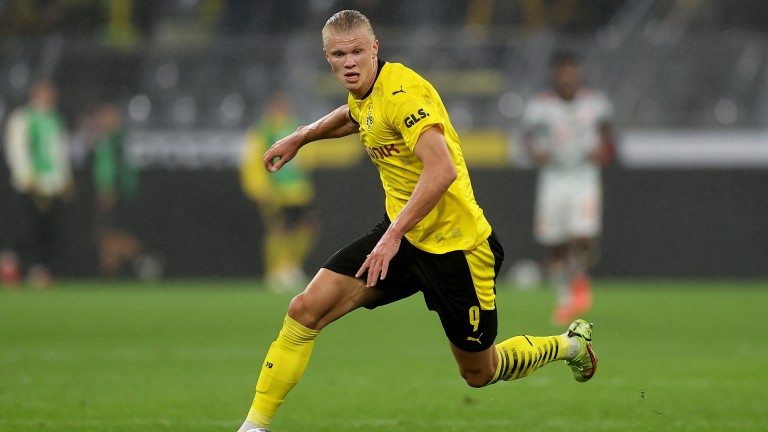 Dutch league leaders Ajax have plundered 39 goals in their last 11 competitive games and they can play their part in an entertaining fixture against Borussia Dortmund at the Amsterdam Arena.

Group C appears to be boiling down to a straight shootout between Ajax and Dortmund, who have each taken maximum points from matches against Besiktas and Sporting.

Both would much rather advance as group winners and will be pushing for a third straight victory.

It is a shade over two years since Ajax reached the Champions League semi-finals and despite losing several key players over that period, it seems they have built another team with the potential to go a long way.

However, their defence has been relatively untested by elite opposition and it will be fascinating to see how they cope with Erling Haaland.

Neither team are likely to take a backward step and there should be every chance of a high-scoring outcome.

Inter have their backs against the wall in Group after D after taking just one point from their opening two matches but they can move back into top two contention by beating leaders Sheriff Tiraspol .

The Nerrazzuri have got used to struggling in the Champions League and are at risk of a fourth successive group-stage elimination.

However, they will be looking at the matchday three and four games against Sheriff as their opportunities to turn the tide.

Nobody expected Sheriff to be setting the pace but the Moldovans are far from certain to build on their extraordinary start.

Their 2-1 success at Real Madrid was achieved despite losing the shot count 30 to four and it is highly unlikely that their luck can hold for much longer.

Yuriy Vernydub's side are yet to fall behind and if they concede the opener in Milan they may struggle to find a way back.

Porto were ruthlessly exposed by Liverpool when losing 5-1 at home to Jurgen Klopp's side on matchday two but they are capable of competing with the other teams in Group B and should fancy their chances of defeating basement boys Milan at the Dragao Stadium.

Despite having to sell their better players on a regular basis, Porto have a good record in the Champions League and have been quarter-finalists in two of the last three seasons.

Sergio Conceicao's side started off with an evenly-matched 0-0 draw at Atletico Madrid and have responded to their crushing loss to Liverpool with back-to-back domestic victories.

Milan will be steeling themselves for a tough game and they are under immense pressure after away losses to Liverpool and Atletico Madrid.

The Rossoneri failed to hold on to leads in both of those matches and their lack of recent Champions League experience - they last played in the group stage in 2013) could count against them in Portugal.

RB Leipzig have been largely written off after their defeats away to Manchester City and at home to Club Brugge but they can deliver one of the shock results of matchday three by avoiding defeat against Paris St-Germain in the French capital.

The early part of the season was difficult for RB Leipzig, who had to get used to new manager Jesse Marsch and adjust to the departure of key players Ibrahima Konate, Dayot Upamecano and Marcel Sabitzer.

However, Marsch's side have taken seven points from their last three Bundesliga games, scoring ten goals in the process, and their rising confidence could pose a problem to PSG, who are missing the injured Neymar from their famed front three.

PSG needed a late Kylian Mbappe penalty to scrape a 2-1 success at home to Angers on Friday and they will need to play better if they are to rmaintain their 100 per cent record.

Real Madrid are likely to be a wounded animal after last month's embarrassing 2-1 loss at home to Sheriff Tiraspol on matchday two and they can rise to a bigger challenge by defeating Shakhtar Donetsk in Kiev.

Carlo Ancelotti's side passed their most difficult test in Group D when they triumphed 1-0 at Inter on matchday one but nothing went right for them against Sheriff, who lost the shot count 30 to four and walked away with the points.

Real have not played in La Liga since a surprise 2-1 loss away to Espanyol before the international break but the extra preparation time should give them a better chance of success.

Shakhtar are two points worse off after following a 2-0 loss away to Sheriff with a 0-0 draw at home to Inter.

They are looking toothless without injured striker Lassina Traore and may slip to a defeat, but it's unlikely to be a hammering.

Group C strugglers Besiktas and Sporting have their backs against the wall after failing to secure any points on matchday's one and two and it could be the Portuguese side, who respond with a victory in Istanbul.

Sporting lost just one match on their way to winning the Portuguese title last season and they would have had high hopes of challenging Ajax and Borussia Dortmund for a place in the top two.

However, they collapsed to a 5-1 loss at home to Ajax before a more respectable 1-0 loss to Dortmund in Germany.

Their performances are improving and maximum points look achievable against Besiktas, who are the section's fourth seeds and barely laid a glove on Ajax in Amsterdam last month, losing the match 2-0 and the shot count 22 to four.

Sergen Yalcin's side have lost two of their last three Turkish top-flight games and their Champions League struggles are likely to continue.