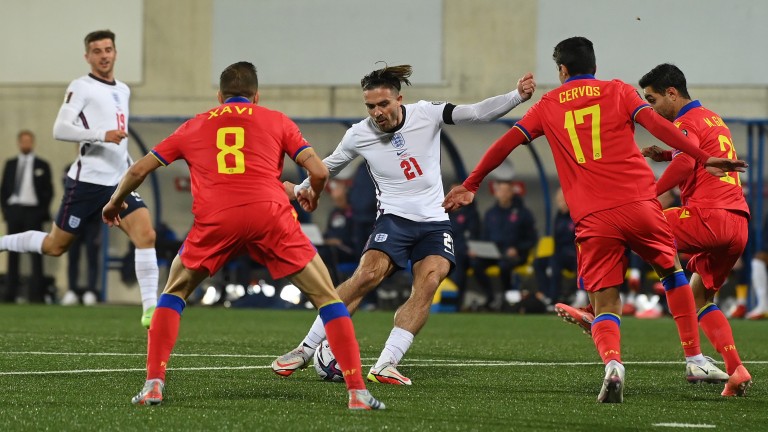 The October international break draws to a close, in Europe at least, with 16 World Cup qualifiers featuring England, Scotland and Northern Ireland.

The Three Lions can all but seal their place in Qatar by defeating Hungary at Wembley while Scotland are aiming to keep up their pursuit of a playoff place when they take on the Faroe Islands in Group F.

Northern Ireland head to Bulgaria bidding to keep their slim hopes alive while Ireland are also in action in a friendly against Qatar.

Both teams to score in Sweden v Greece

Scotland produced a brave performance to down Israel on Saturday and it will be a surprise if they are to flop in the Faroes as they bid for second place behind Denmark in Group F. Expect both teams to pick up victories.

Northern Ireland are up against it in Group C but should pick up at least a point in Bulgaria. Sweden and Greece combined to produce a thriller the last time they met and the return fixture could see both teams find the net. The fourfold pays just under 5-1 with Hills.

England have won 12 of their last 17 matches without conceding a goal and splitting stakes between a 3-0 and 4-0 home victory could be the way to go at Wembley when Gareth Southgate's Three Lions host a toothless Hungary team.

Scotland have grabbed the race to finish second in Group F by the scruff of the neck in the last couple of months. They can enhance their chances of sealing a playoff spot by winning to nil against a Faroe Islands outfit who failed to score in the last five meetings with the Tartan Army.

Northern Ireland average eight attempts a game to Bulgaria's 7.5 and almost five corners per game compared to Bulgaria's 1.2 and they are not without hope of winning this. They are unlikely to be outclassed and can win either half.

Best bet
Northern Ireland to win either half

Stephen Kenny waited a long time to chalk up his first competitive victory as Ireland boss but he finally did so against Azerbaijan on Saturday. The Boys in Green can make it two on the bounce by claiming a friendly triumph over World Cup hosts Qatar.

Sweden have failed to score in only one of their last 15 matches and there were 32 attempts on goal in last month's reverse fixture which Greece won 2-1.

Jack Grealish finally got off the mark for England when he notched a late goal as a substitute against Andorra on Saturday. With Gareth Southgate likely to name him in the starting line-up, he looks value at 2-1 to terrorise Hungary's defence and get on the scoresheet again.

Best bet
Jack Grealish to score at any time

England have conceded only one first-half goal in 16 matches in 2021.