Tuesday football tips: Bayern may not have things all their own way at Lazio 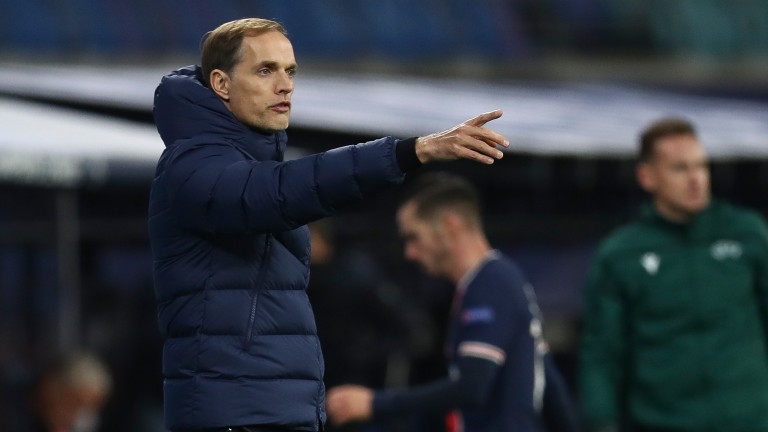 Atletico Madrid knocked Liverpool out of the Champions League in last season's round of 16 and they have another English club in their sights when they take on Thomas Tuchel's Chelsea in Bucharest.

Tuchel's PSG side lost to Bayern Munich in the 2020 final and the German champions, who have scored 40 goals in their last ten Champions League away from the Allianz Arena, face Lazio in Rome.

Norwich and Lincoln can boost their title chances in the Championship and League One while Bristol City arrive at the Riverside on a six-game losing streak.

Millwall, unbeaten in eight, should see off shot-shy Luton. The fourfold pays better than 9-1 with Sky Bet.

Click here to add our accumulator to your Sky Bet betslip

Southampton stopped the rot with a 1-1 draw against Chelsea last weekend and they can get back to winning ways against an inconsistent Leeds side who are still missing key holding midfielder Kalvin Phillips.

La Liga leaders Atletico Madrid have been denied home advantage as the first leg is being held in Romania but the market may be underrating their chances against a Chelsea side still finding their feet under new boss Tuchel.

Consistent Cambridge continue to be underrated by bookmakers and the League Two leaders look a big price to beat promotion rivals Cheltenham, who lost 2-0 at Bradford at the weekend.

Player shot on target bet of the day

Leeds have conceded 11 goals from set pieces in the Premier League this season and Sky Bet's 7-2 about Jannik Vestergaard having a header on target at Elland Road is a tempting price. The giant Saints defender has scored three times in his last 13 club appearances.

Lazio have scored at least once in each of their last 27 games in all competitions.