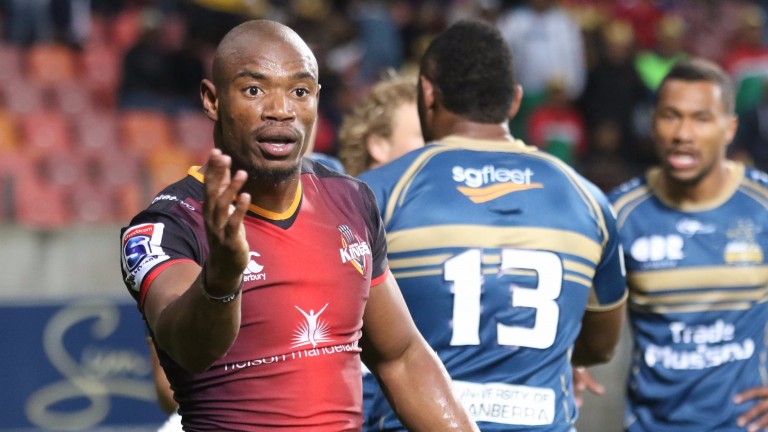 Makazole Mapimpi scorched his way to 11 tries for the Southern Kings in this year's Super Rugby and he can take a switch to the Cheetahs and the Pro14 in his stride to be top regular-season tryscorer.

Mapimpi is not in South Africa's Rugby Championship squad and is unlikely to be in Springboks' coach Allister Coetzee's autumn plans even though there is chatter about having northern and southern hemisphere Bok outfits.

The Cheetahs have tasty-looking home games against Zebre, Cardiff, Connacht, Edinburgh and the Kings and they are unlikely to bother often with a tight gameplan in the northern hemisphere, especially at the lesser lights.

Last year's top Pro12 tryscorer, Scarlets' Steffan Evans and Ulster starlet Jacob Stockdale head the market with Mapimpi and there are a host of high-quality finishers from heavyweight clubs immediately behind.

A little lower down the lists, new Glasgow Warrior Lelia Masaga looks a massive price at 33-1.

Masaga, a one-cap All Black comfortable on the wing and in the centres who has been playing club rugby in Japan, was a massive part of the Chiefs' charge to two Super Rugby titles under new boss Dave Rennie.

And while there has been a huge player turnover this summer at Scotstoun, their attacking style is unlikely to change and he has been signed specifically because colleagues such as Stuart Hogg, Tommy Seymour, Alex Dunbar and Huw Jones will be in the Scotland ranks when fit.